My kids and I have often walked past this house on our road and wondered about this curious little hole next to the front door. 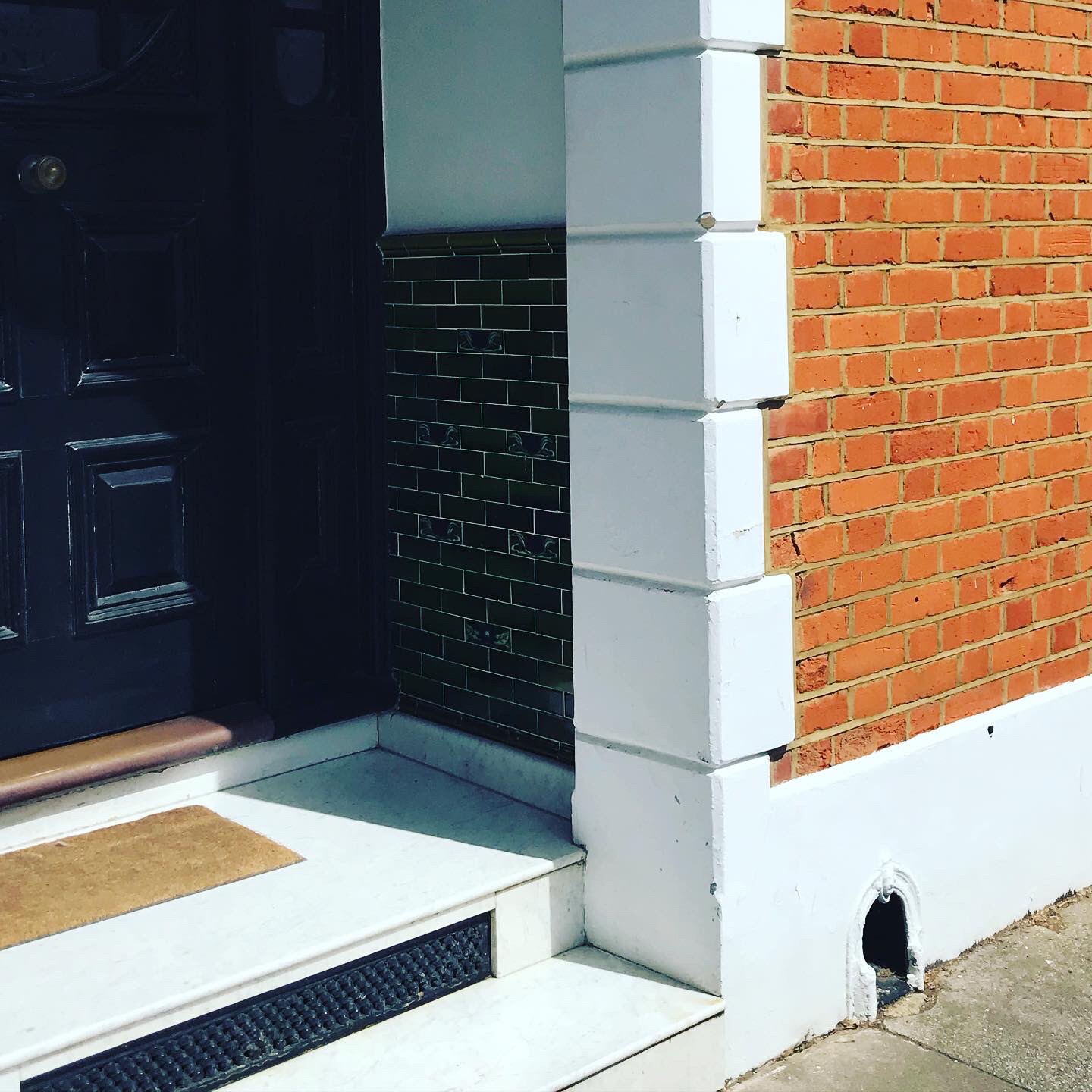 It’s not connected to a drain pipe or anything at all. Is it some sort of coal hole? The place the milkman left the milk bottles? A Floo Network portal to the Ministry of Magic, house-elf service entrance?

The girls and I decided a while back that it must be a very fancy mouse hole, for a very posh mouse.

So last week, we made a mouse and some decorations and moved him in. (Free pattern and instructions for a hand-sewn felt mouse found here.) 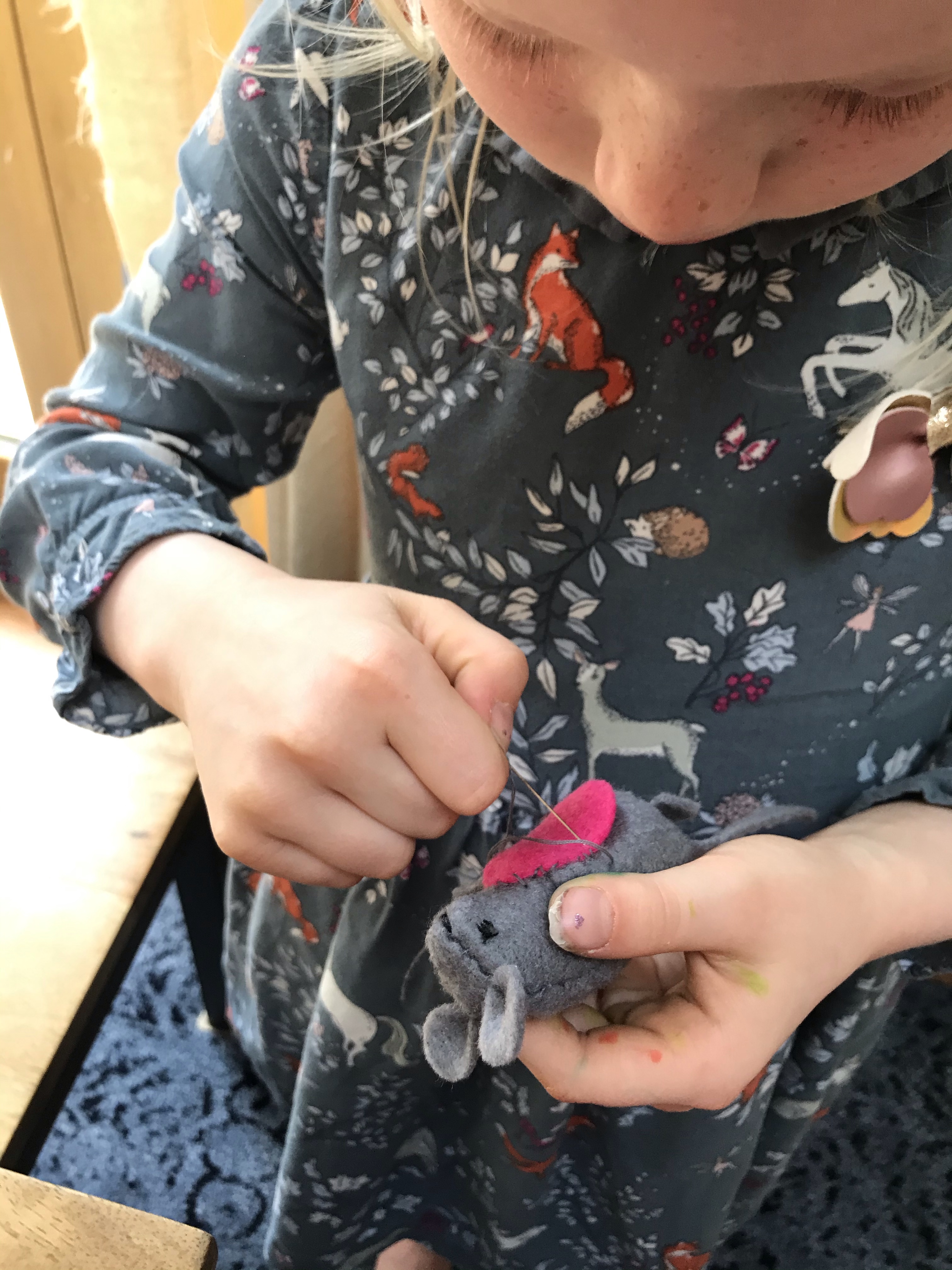 I just had to cross my fingers and hope the home owner would get a kick out of it and not consider it vandalism! (Or charge little Mousey rent…) We’re just trying to make other passersby smile, during a difficult time.

After I posted about this on social media, I learned from some London friends that this fancy hole is actually a Victorian-era boot scraper! There would have been a crossbar in there to scrape the bottom of your boots on before entering the house.

We checked on Mousey a few days ago, and discovered he’s got a new roommate and they are apparently preparing for both Christmas AND Easter, or perhaps whatever might hatch from that egg!

My girls were thrilled to discover a “secret note” tucked under the new mouse’s arm.

It’s so fun to see our little diorama growing, and see the positive reactions people have had. Though if too many more friends join the mice, we should probably sew them some tiny masks…

UPDATE, 15 July: Some more friends have indeed joined our little mousey. A bunny, a koala, and a ceramic bird, along with some pom-pom eggs laid in the nest. (The Christmas tree is no longer there; perhaps it will return in December?)

425+ comments of delight tell me that our little project to make people smile has been a huge success. 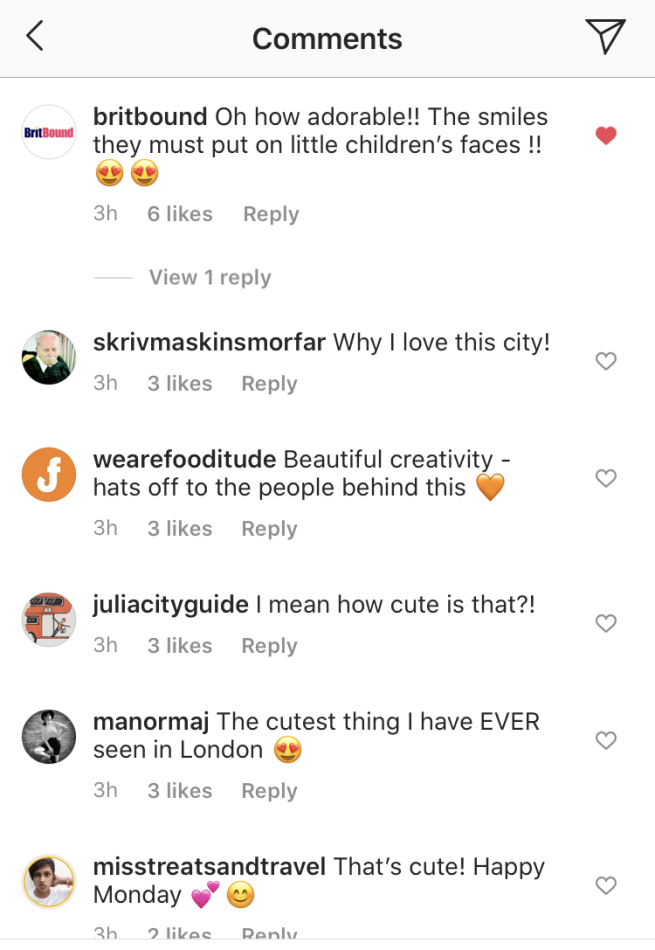 UPDATE, 8 September: The scene in the hole had deteriorated, with some friends having departed (including our original Mousey and his nest!), and the remaining occupants looking like they’d stayed too long at the party. And the party had devolved into a (physically) dirty one, like a Ke$ha song might be written about it. So I decided to clean out the place and give the wee party animals a couple months to recover. 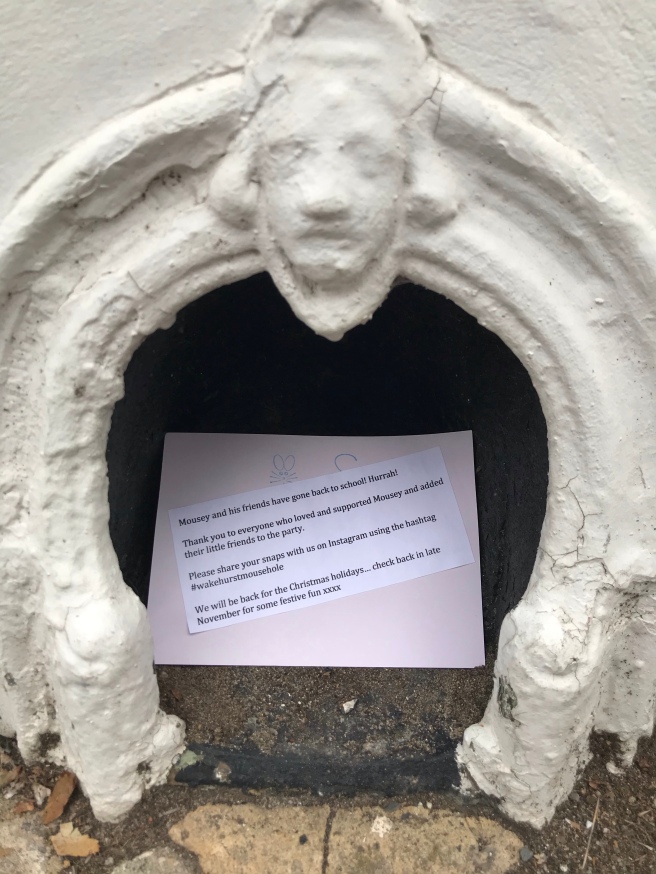 The fun will return for Christmastime, I’m already planning what we can do!

We so loved discovering all the additions people made and positive feedback we received (though I still have no idea what the homeowner thinks of us just mouse-bombing their private property… though of course they did leave it up all these months, so they can’t be too mad!).

UPDATE, 6 October: Went past the mouse hole, and spotted this guy: