Well, it’s March, so I better finish my posts about Christmas before Easter.

I just spent an hour and a half on this post, only to hit publish and somehow it disappeared without saving any of it, so I’m feeling P R E T T Y frustrated with WordPress right now.

So this will be an abbreviated version of what I originally wrote, because I’m so mad I spent so much time on this already.

One was a panto, or pantomime, which has become one of my favorite English Christmas traditions, right up there with Christmas crackers. There’s no American equivalent for a panto, really; it’s just so uniquely British.

We went back to the New Wimbledon Theatre, where last year we saw Jack and the Beanstalk. This year’s panto there was Aladdin.

It was just as delightfully cheesy and shticky as last year’s, and I loved it. E may have been a bit confused at first that it’s not the Disney version of Aladdin she’s familiar with, but she still enjoyed it. (The Disney version is actually playing on the West End right now, too, which I saw in January when my friend Amber came to visit.)

The other show I took E to was The Snowman at the Peacock Theatre, which has been playing there every Christmas for more than 20 years. It’s based on the classic Raymond Briggs book, and is set to the beautiful score from the 1982 film.

Like the book and film, there’s no dialogue, but it was enchanting to watch. It’s sort of a cross between a play and a ballet. 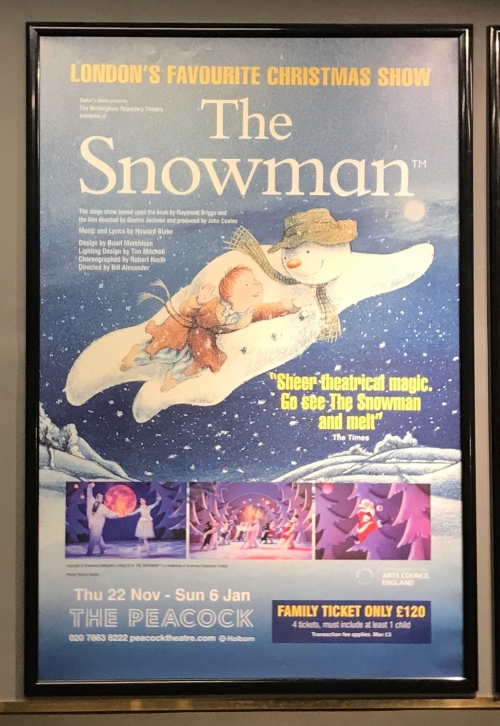 I think I would like to take both girls this Christmas, because R will be 3 by then, and there were children younger than that there. Though it is a full-length 2-hour show, so there was quite a lot of murmuring and rustling and hushing and snacking going on in the audience.

Well, that’s going to be a wrap for this year’s London at Christmastime coverage. So I’ll say goodbye to Christmas 2018 with this photo I snapped in a shop down the road: 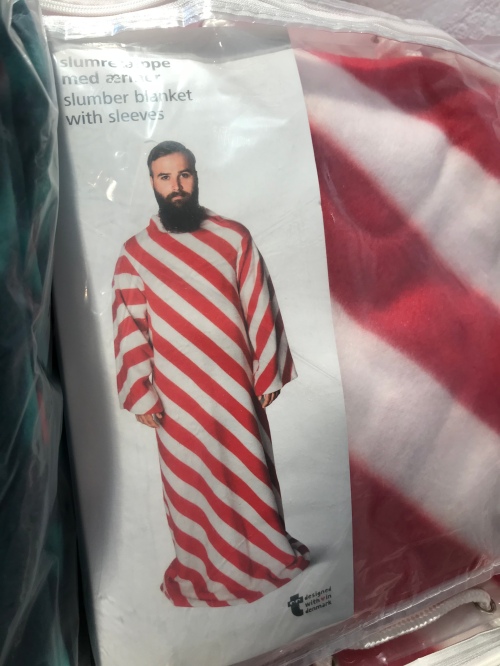 How do you think the conversation between the photo shoot director and the model went?

“I need you to look like the leader of the Candy Cane Cult.”

“Oh, I’ve got this. My beard has been waiting for this exact moment.”

And if he wanted to reward his beard for really nailing it, the shop also sold these festive baubles: 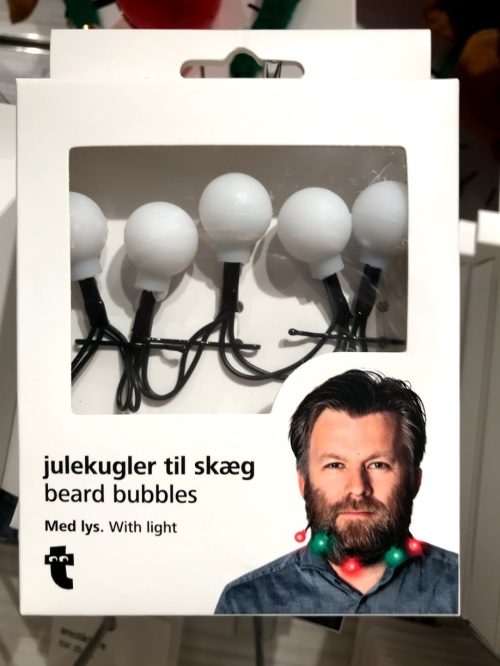