M and I have had a good run of both, lately, mostly as audience members. (Fun fact: We actually met in a college class called Comedy, Tragedy, and Religion. We watched Monty Python’s Life of Brian and fell in love.)

First, I was lucky to get free tickets to a taping of Live at the Apollo, the famous British stand-up comedy series recorded at the Apollo Hammersmith.

I got our free tickets through SRO Audiences, which fills seats for TV shows taping in front of a live studio audience. They recorded two shows that night, and we got to see six comedians in total: Dara O’Briain, Felicity Ward, Mo Gilligan (whom I saw before, the last time I got free tickets to a stand-up comedy show taping), Kerry Godliman, Suzi Ruffell, and Loviso Gola.

The Apollo is a huge theatre, and we were really high up in the nosebleed section, so I won’t be watching for a shot of M and myself, but most of the comedians were funny enough to watch again when they air the shows.

The shows should be airing soon on BBC Two, I believe, and probably on Comedy Central in America. 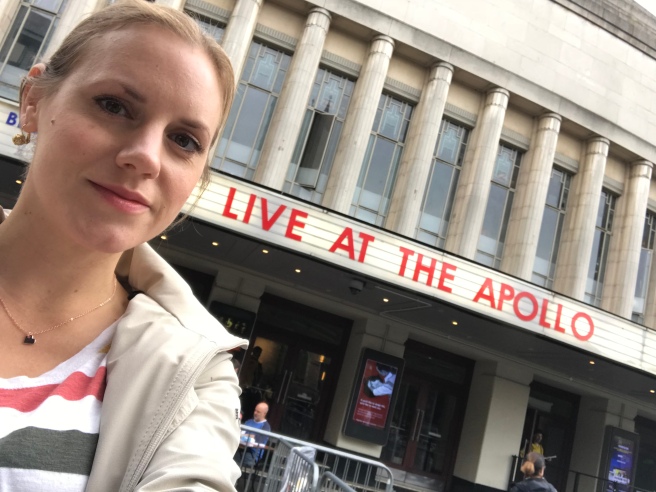 In contrast, a couple weeks ago we saw a classic tragedy in a tiny theatre. We went to the West End to see Sir Ian McKellen starring in Shakespeare’s King Lear. 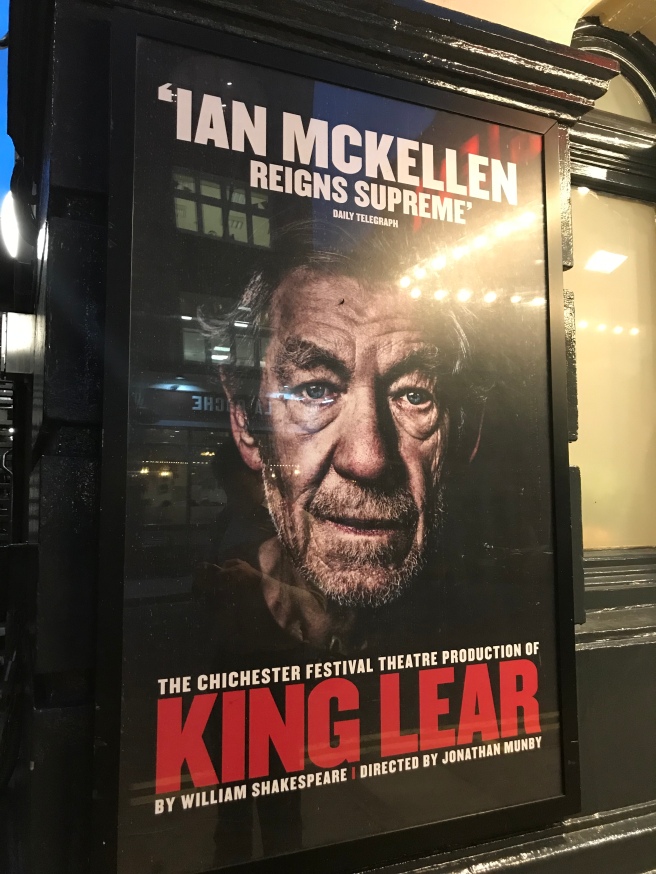 The Duke of York’s Theatre is a really intimate venue, so there were no bad seats. McKellen was, as expected, fantastic in the role. I’ve always wanted to see him on stage. Gandalf! Magneto! Lear!

Then swinging back to comedy in a large venue, this past Sunday we saw Dave Chappelle and Jon Stewart perform stand-up in the Royal Albert Hall. They were joined by a couple other American comedians, too: Mo Amer and Michelle Wolf (of White House Correspondents’ Dinner infamy). And, inexplicably, Naomi Campbell was the one holding the mic in the audience for the Q&A portion at the end of the night.

I love me some Jon Stewart, a fellow alum of our college, who delivered our commencement address in 2004, but Dave Chappelle is just a master of the craft when it comes to standup comedy.

To see them together was a real treat. As I expected, they both did a fair amount of talking about too-real current topics of what’s happening in our divided America—Trump, the #metoo movement, the opioid crisis, and gun violence in schools—not exactly laugh-worthy subjects. But then they’d find a way to bring it back around and deliver some brilliant zinger that made everyone belly-laugh despite the seriousness of the subject.

I don’t have any pictures because they are serious about locking up your phone at Chappelle’s shows.

After writing this post, I found The Guardian‘s review of the show, if you’re interested in a professional writer’s take on it. And Royal Albert Hall released this video of them behind the scenes.