On our third day in Barcelona, we started the morning with breakfast at another food-tour-company-recommended spot called Cosmo. We went in, sat down at a table, looked up, and were instantly transported back to Baltimore. 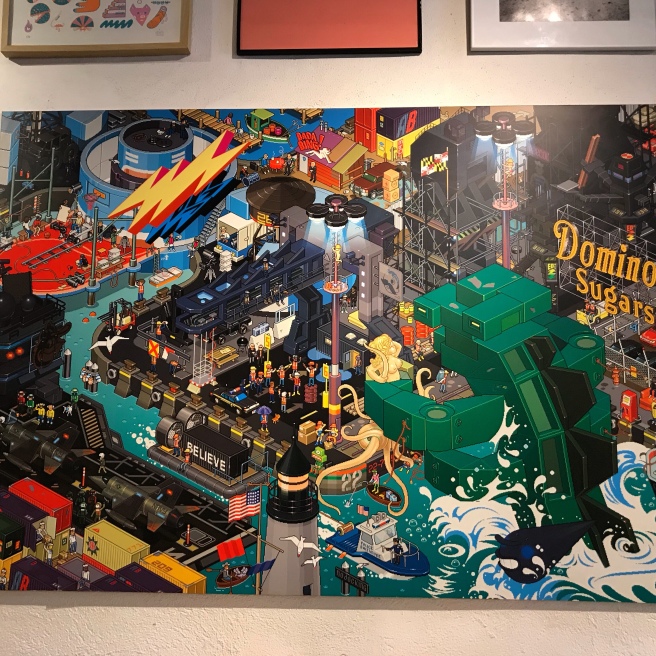 We got a good laugh out of that.

Then we were back in Antoni Gaudí’s Barcelona, on a three-hour walking tour to learn about the city’s unique architecture.

His buildings blow my mind. They just don’t even look possible. They look so fantastical that they shouldn’t exist outside of someone’s mind, let alone off paper and as giant, free-standing 3-dimensional structures. 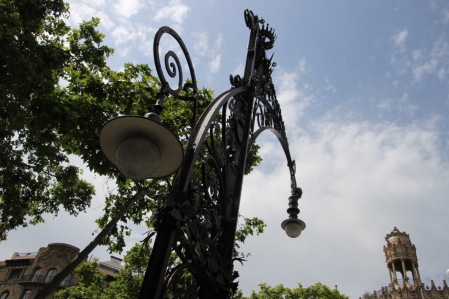 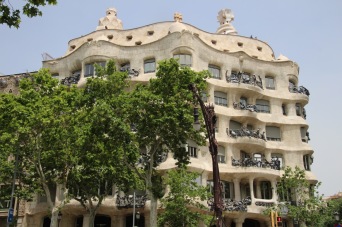 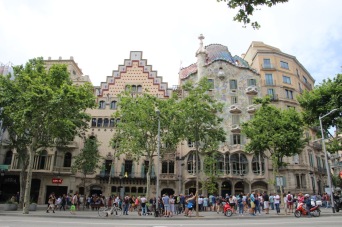 We saw and learned about some of his most famous works (aside from Sagrada Familia): Casa Calvet, Casa Mila (La Pedrera), and Casa Batlló. My favourite is Casa Batlló, which looks like pure fantasy but somehow everything in the house actually works. I love the story they tell of St George and the princess-stealing dragon, and how the building itself seems to tell the tale.

Then because we just couldn’t get enough of Gaudí, we headed up—and I do mean UP—to his Park Güell (pronounced Gway). There are actually escalators going up the hillsides to help people get there.

Unfortunately, tickets were sold out for the day, so we couldn’t go into the ticketed area. 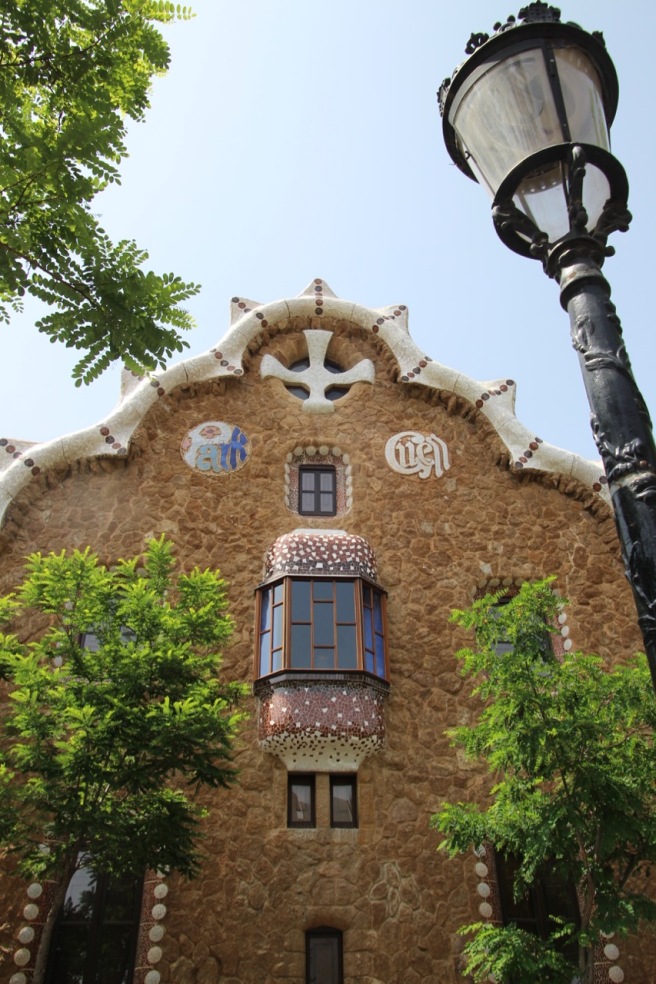 There were still areas we could walk around without a ticket, so we explored what we could, and marveled at more of Gaudí’s beautifully strange (strangely beautiful?) mind. 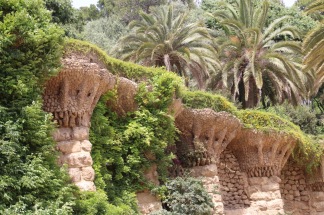 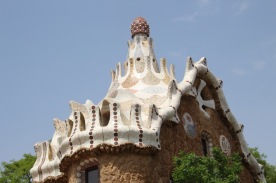 I really wanted to see some of Barcelona’s beaches, so we headed all the way back downhill to Barceloneta.

After we checked out a beach bar and decided it wasn’t worth the prices they charged for the drinks, we headed to Black Lab Brewing. We turned up for a beer and noticed a sign advertising brewery tours on Sundays at 5. And wouldn’t you know it, that is exactly when we arrived.

The brewer is a nice guy from Minnesota who started the brewery with his Spanish wife in 2014. The craft beer scene in Barcelona is still very young, we learned. And we even met THE black lab they named their bar after, Lola. 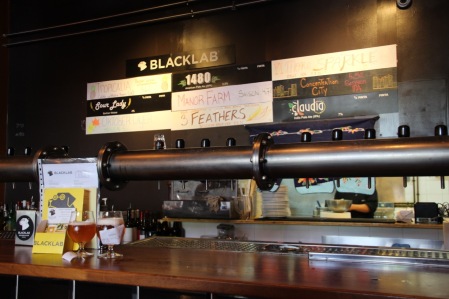 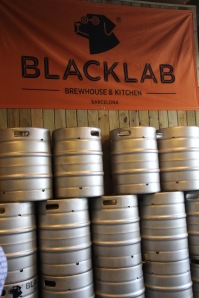 After our beer tour and tastings, which were all really good American-style craft beers, we went to El Nacional for some tapas.

El Nacional is a large space with multiple restaurants and bars inside, and the vibe and food are both fantastic.

After tapas, it was time for our “Magic Night” at Casa Batlló. Our tickets included entry to the house, “augmented reality video guide,” two drinks, and live music on the roof. 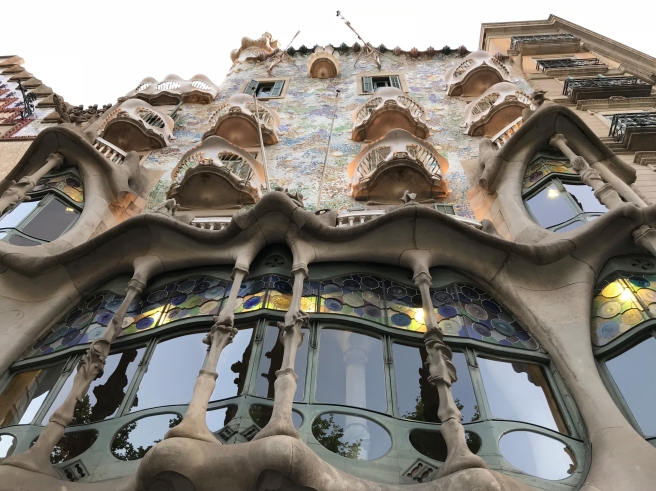 Casa Batlló has to be my most favourite building I’ve ever been in. It’s so imaginative; there isn’t a straight line in the place, but it’s somehow all functional. 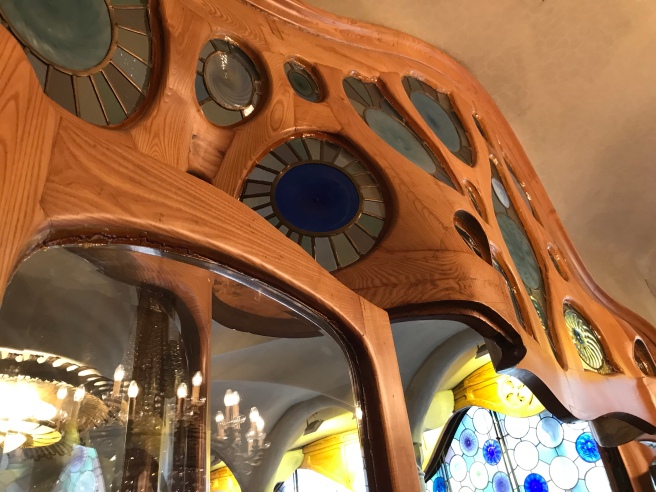 The augmented reality video guide is really cool. It’s essentially an iPhone that, in addition to being an audio guide, allows you to hold it up and look around the room to see what it would have looked like back when it was a lived-in home.

Our tour ended on the roof, where we could enjoy the view along with glasses of cava and live music.

Not a bad way to spend an evening in Barcelona.

We went back to El Nacional for dinner, which was delicious but slooowww. I have such a hard time adapting to Spanish time. Both with regard to going to dinner so late, and also how, um, “relaxed” their service is. By the time we got out of there it was nearly 1 a.m. and I had to lift my head up off the table.

On our last morning, we tried to go to the Sagrada Familia, but there weren’t any tickets available for that day. Lesson learned: if you want to go to any of Gaudí’s buildings, book ahead.

Gaudí’s masterpiece is still a work in progress, under construction for more than 135 years. It’s scheduled to be completed in 2026, 100 years after Gaudi’s death, so we’ll have to make a trip back and tour it then. Even unfinished, it’s pretty magnificent. 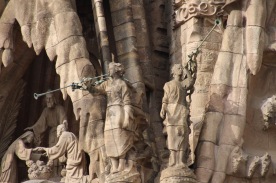 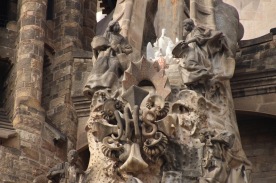 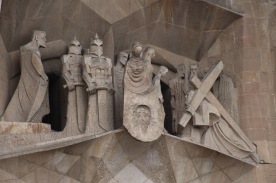 After slowly circling the building and taking it all in, we wandered around the Gracia neighbourhood, which has a solid hipster vibe. The shopfronts ranged from eco/sustainable clothing boutiques to vegan restaurants to artisan coffee shops.

We found this great shop where you can fill your choice of size vessel with various oils, vinegars, or spirits. We bought some Catalonian olive oils to bring home with us. 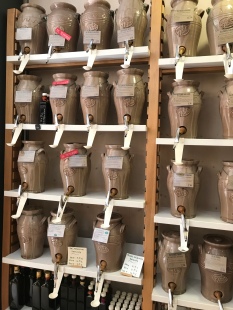 And for a sweet ending to our time in Barcelona, we went to Lukumás. 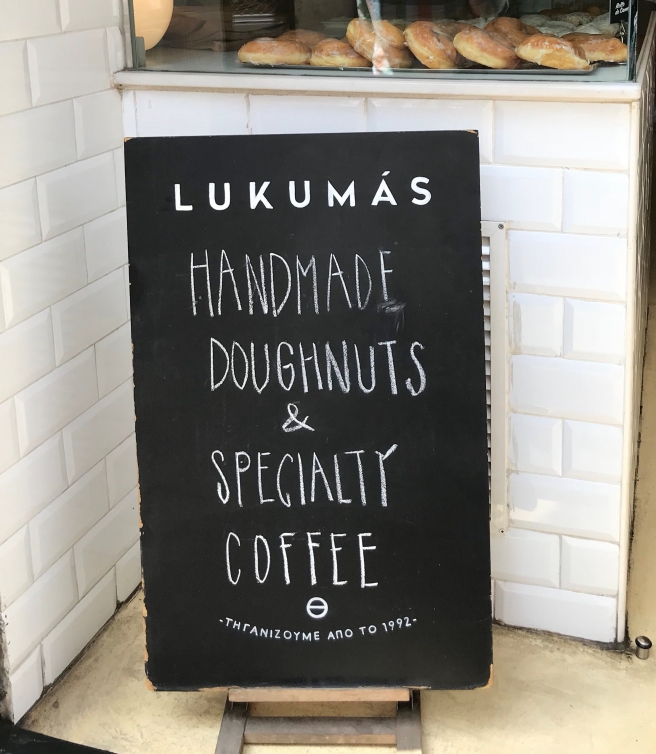 The double chocolate doughnut was the best damn doughnut I’ve ever had in my entire life.

So in conclusion, forget everything else I’ve said and just go to Barcelona for the doughnuts. You’re welcome; the end.

If You Go: My Recommendations for Barcelona

Set the mood for your trip by reading The Shadow of the Wind by Carlos Ruiz Zafón, which is set in a hauntingly atmospheric Barcelona. This is one of my very favourite books and I reread it right before our trip.

The two apps I use to get around London, Citymapper and MyTaxi, both work in Barcelona, too, so download those before you go.