M and I took a day trip to Cambridge one Saturday in June, while his parents were visiting and generously offered to keep the kids all day. Despite its proximity to London, this was the first time either of us had been to the historic university town.

I was struck by how similar to Oxford it is (though Cambridge people likely would never admit that). When I studied abroad in Bath, we students spent a week each semester in residence at Oxford, in University College. We lived in the rooms there and took our classes there and drank pints at the college pub and had a little taste of life as a student at Oxford for a week. 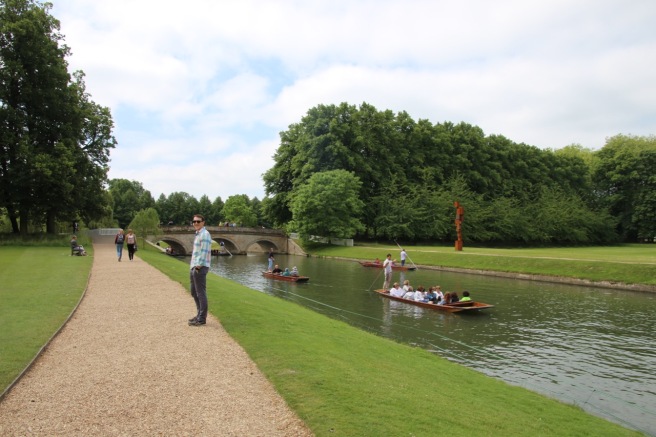 Cambridge has a similar look with the beautiful historic buildings along a river, and the same setup with the university being made up of multiple colleges, porters at the gates (most of the colleges charge an entry fee), no one allowed to walk on the grass except for the fellows (professors), and each college has its own dining hall, library, chapel, and student bar. 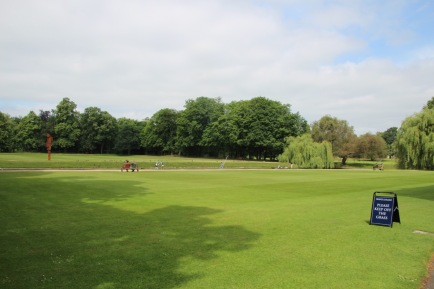 Keep off the grass!

Porter outside a college entrance

Our first stop was the Wren Library at Trinity College. 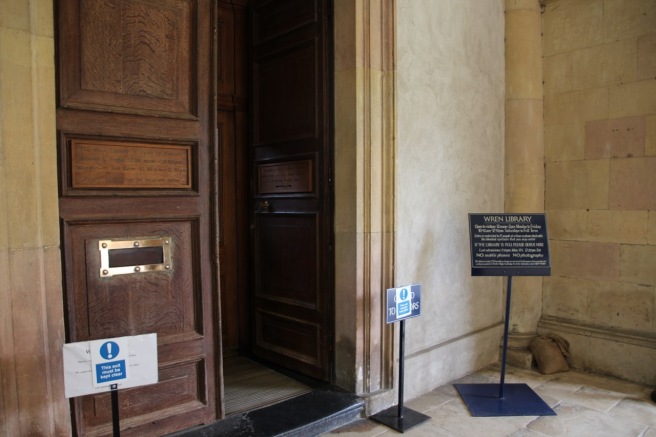 There were a lot of rare books on display in there, which I’m sure changes rotationally. We saw what was I’m sure the oldest book I’ve ever seen, made of some ancient breed of sheep skin; one of Shakespeare’s original folios; and A. A. Milne’s handwritten manuscript of The House at Pooh Corner; among other treasures. 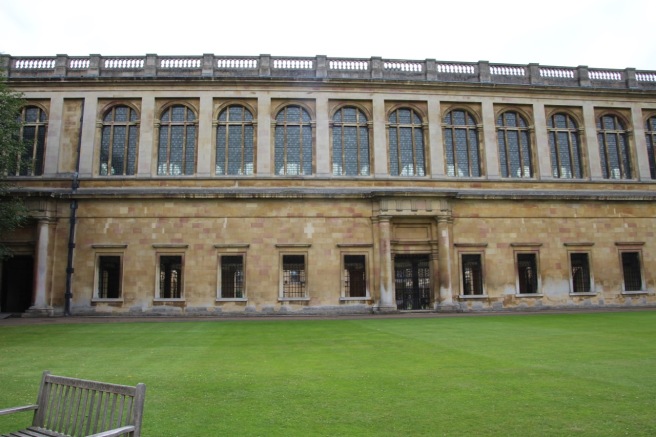 We walked around a bit and then found a restaurant for lunch with a view overlooking the River Cam. 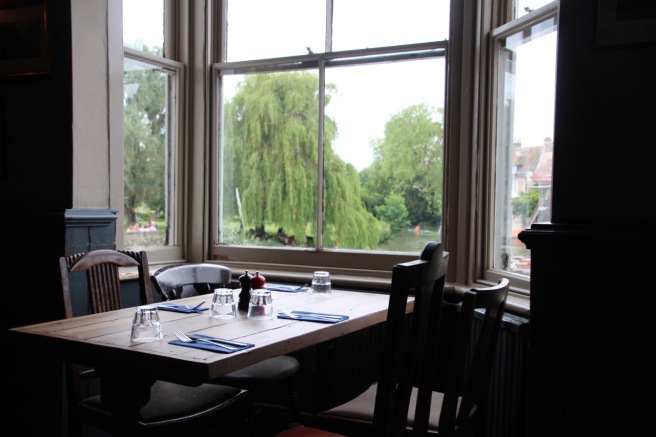 After lunch, we went on a walking tour, which was a great way to see the town and learn all sorts of interesting trivia and tidbits. There are so many famous people who went to or worked at Cambridge going back for so many years that the information you get in a 2-hour walking tour must barely scratch the surface, and probably changes depending on which guide you get. They certainly are spoiled for choice when it comes to stories to tell.

Some photos from our walking tour: 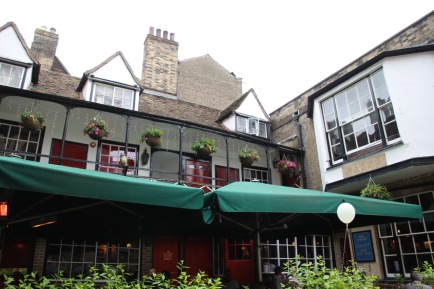 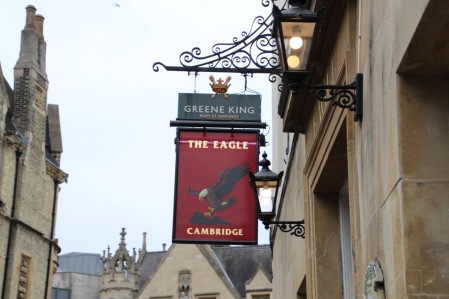 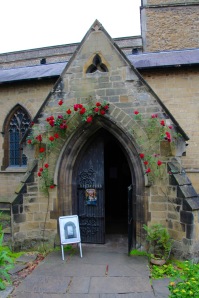 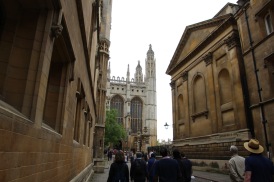 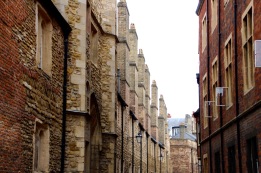 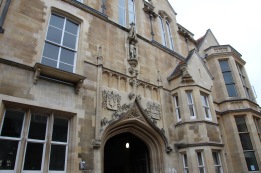 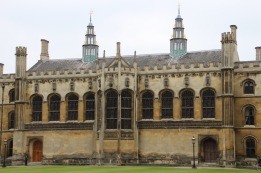 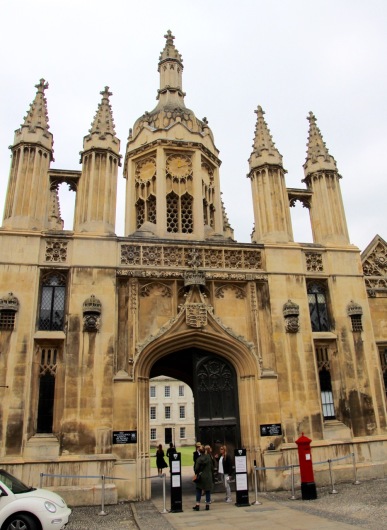 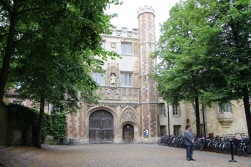 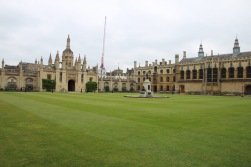 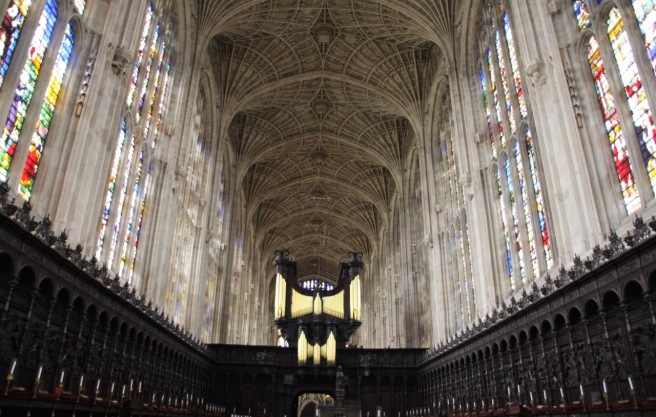 Another stop on the tour was the strange-looking Corpus Clock. Perched on top is a creepy-looking grasshopper the inventor calls a Chronophage, which literally means “time-eater.” 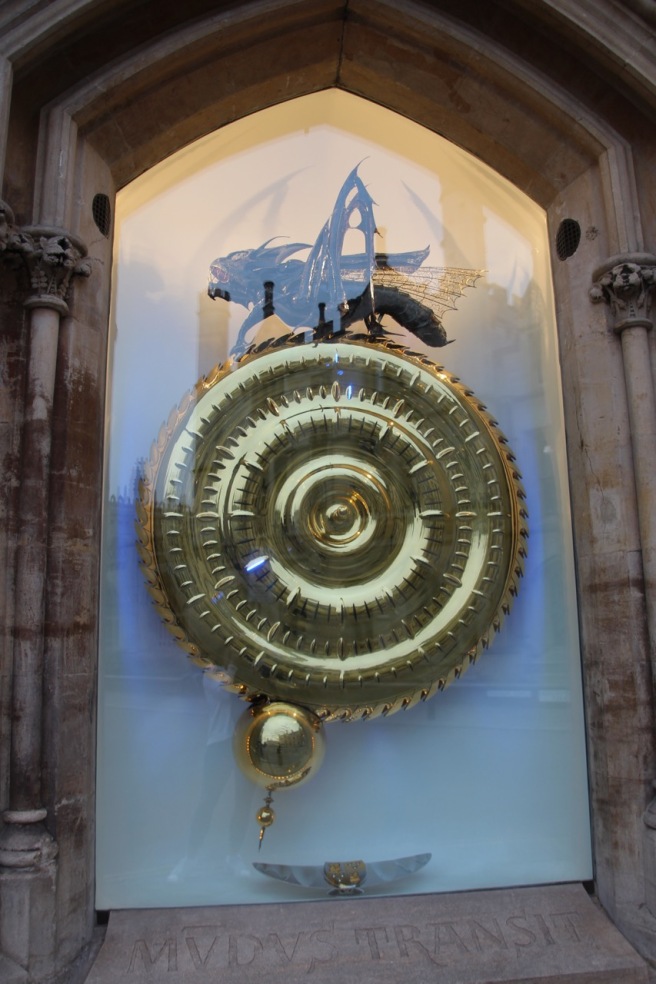 It eats up the seconds of your life right before your eyes (and occasionally blinks), serving as a morbid reminder that time is passing. The time is correct only once every five minutes, to reflect life’s irregularities—sometimes time seems to pass quickly and sometimes slowly. It’s supposed to be disturbing and it is.

Speaking of the absurd, there was also this guy playing guitar inside a rubbish bin. College kids, amiright? 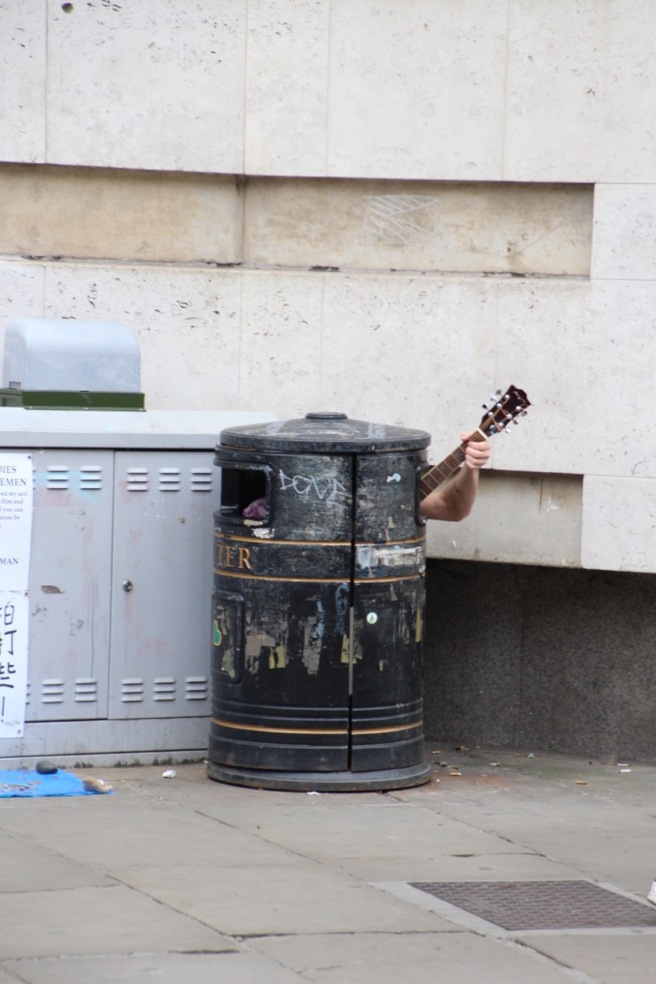 The other must-do as a visitor in Cambridge is punting on the River Cam. I tried punting once in Oxford, and it was a terrible experience. We had to do it ourselves, and somehow I was the one who got stuck doing it the most and it was bloody DIFFICULT, and it started raining, and my camera fell into the river, and I said never again. 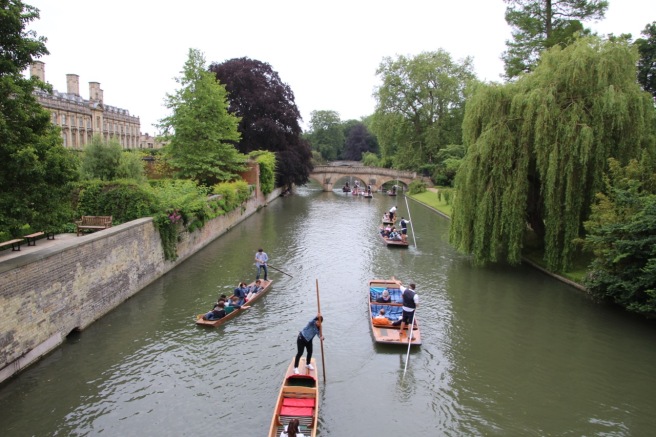 Never again would I wield a long punter’s pole myself. This time I relaxed back into my seat with a beer (order a drink from a nearby pub and they’ll put it in a plastic cup for your punting trip) while a professional did the work, my camera safely strapped round my neck. Ahh. 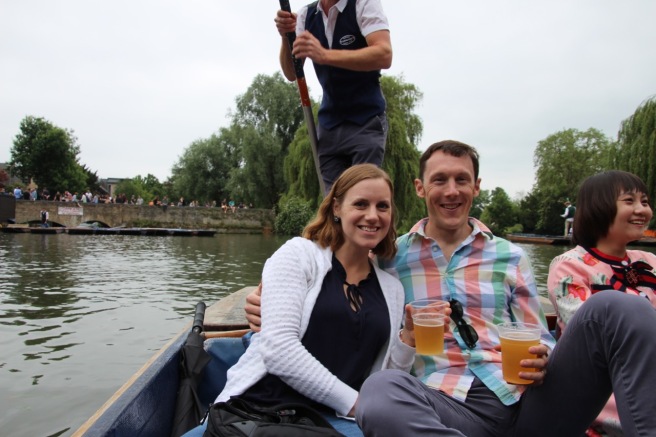 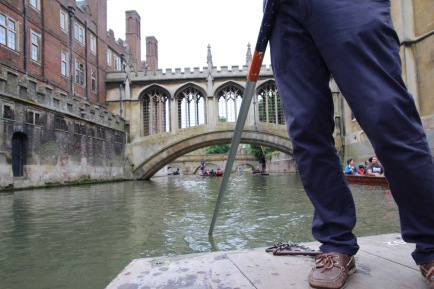 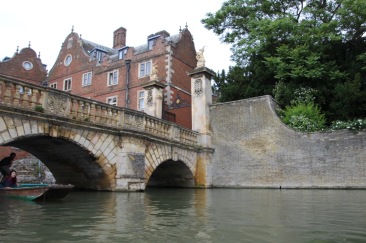 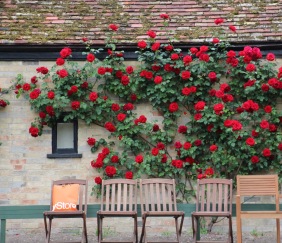 One thought on “Cambridge”