The Royal Wedding. What everyone’s been talking about in both the U.K. and the U.S. for weeks.

All week I’ve admired the festive decorations around the neighbourhood; local businesses and houses are sporting Union Jack flags and bunting and banners. 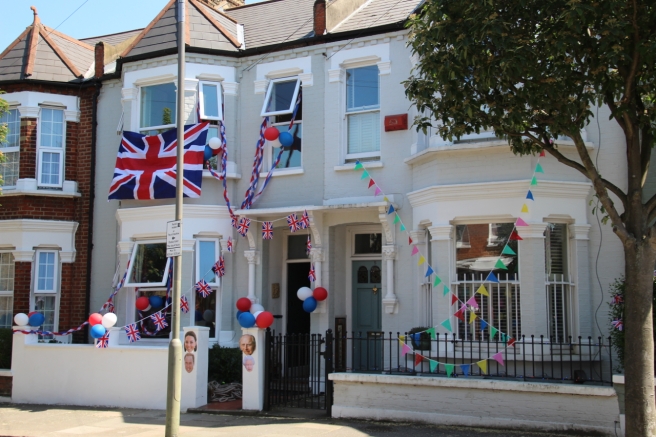 Even E’s primary school has had royal wedding fever. She brought home a crown she made and a wedding gown she “designed,” plus a royal wedding word search. 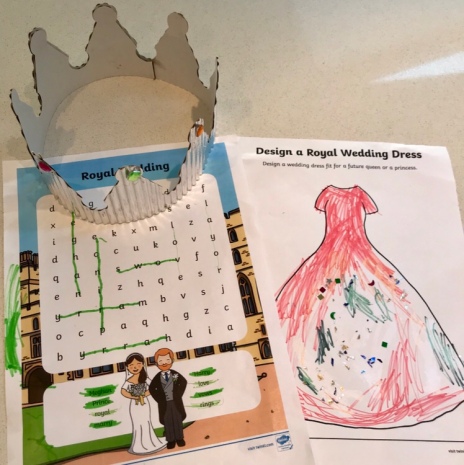 The children also made cards for the newlyweds, which the school is apparently sending to them. E said she wrote in hers: “Happy wedding day, Harry. Love from E.”

“I didn’t know how to write Meghan,” she told me.

My mom and I helped in her classroom one day last week and I overheard another little girl writing in her card, “I hope you have a good wedding with lots of cake and wine.” Well put.

No, I was not one of the estimated 100,000 people who went to Windsor for a glimpse of the royal family; though my mom, who’s visiting right now, did look into it. The reality is that getting there and back would have been a nightmare, and even traffic in London on the day of the wedding was more awful than usual because of all the road closures. 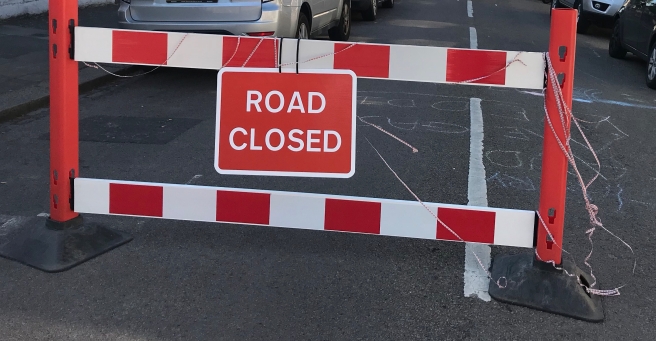 You see, the thing to do here for a royal wedding is throw a street party. People apply to their local council for permission to close off their road to cars for the day, and then have a party out in front of their homes all day. Everyone loves a good excuse to spend a beautiful Saturday day-drinking outside, right? Our street didn’t do it this time, but we had friends invite us to theirs. 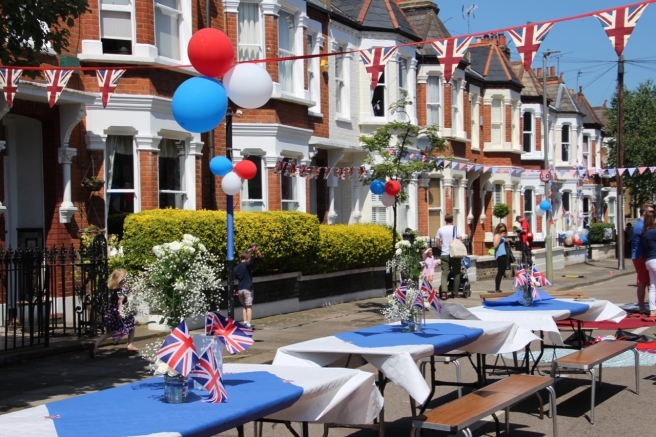 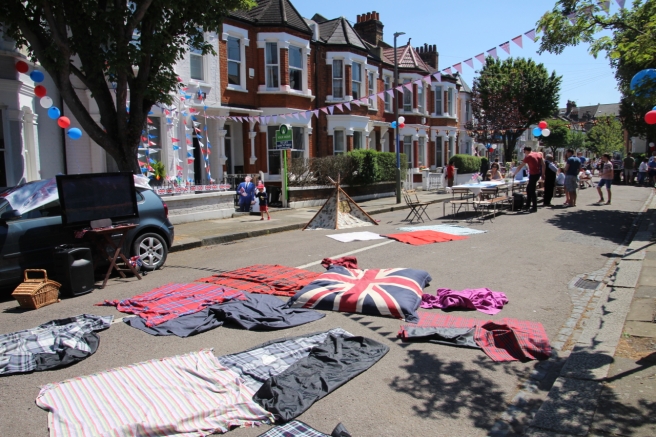 The weather was absolutely perfect (it’s been a really lovely May) and it was wonderful to be able to let the kids go free range all afternoon. They had set up a television outside to broadcast the wedding (and, later, the FA Cup finals), but the sun was too bright to really be able to see the screen, so we actually watched the wedding in our friends’ house. 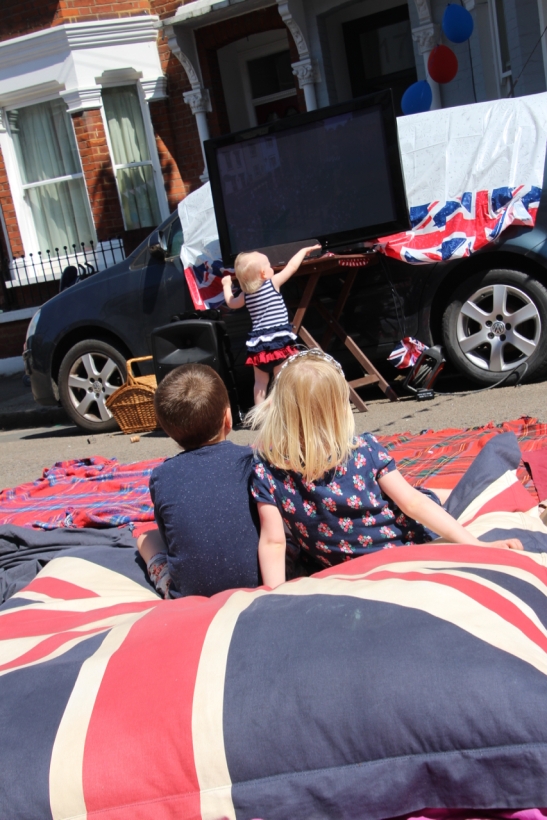 My friend had made a jug of Pimm’s, the classic British summertime drink, and we toasted to the newlyweds while we watched. The kids waved Union Jack and American flags and enjoyed playing with balloons and pulling party poppers. 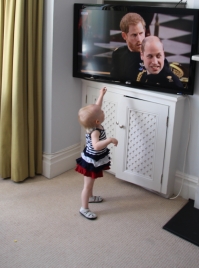 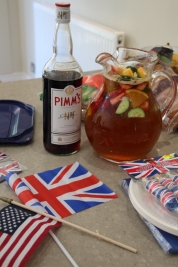 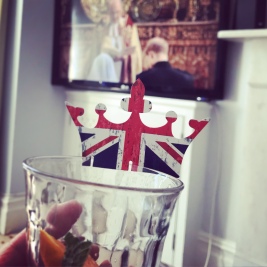 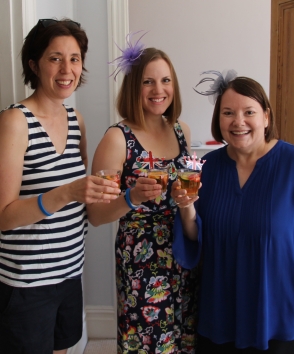 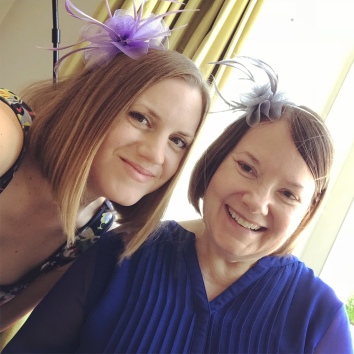 After Harry and Meghan set off for their carriage ride, we went outside to rejoin the party. In many ways it was just like the American block parties I went to as a child, especially for the Fourth of July. There were children’s races and games, face painting, a BBQ set up (BYO meat), and house-decorating and cake-baking competitions. 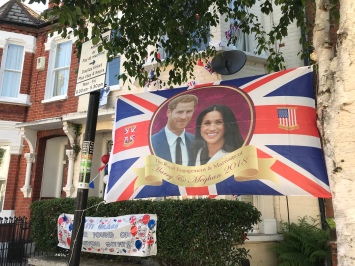 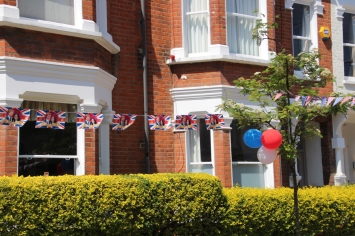 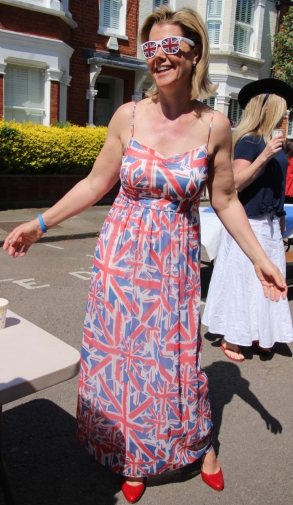 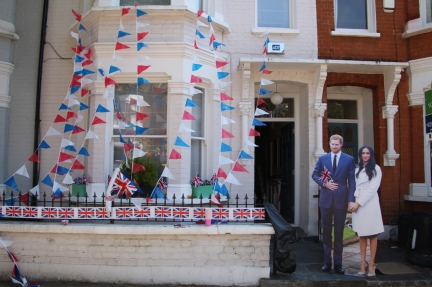 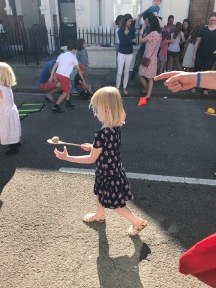 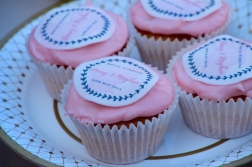 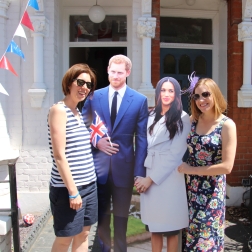 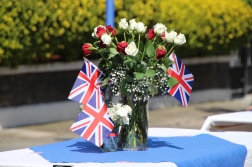 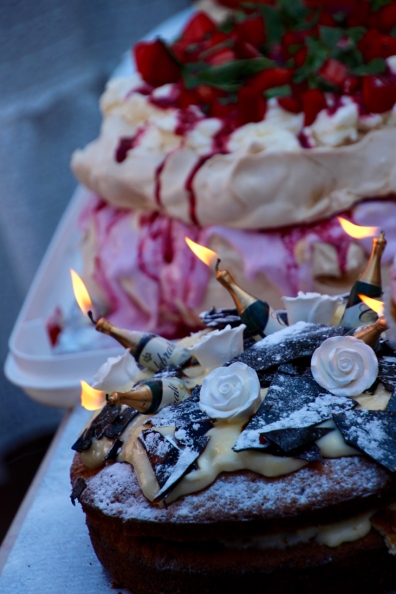 I made an American sugar cookie cake decorated (with E’s assistance) as a Union Jack; to marry the two cultures, so to speak. 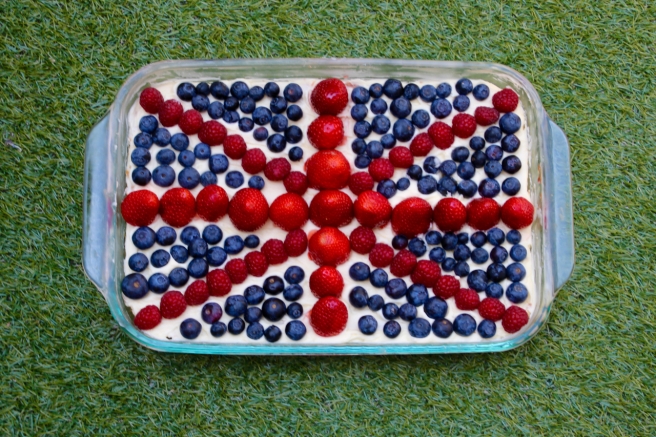 On our walk home, we passed several other street parties still going strong, all decorated similarly with red, white, and blue bunting. Rumour has it there was actually a nationwide bunting shortage thanks to the run-up to this weekend! 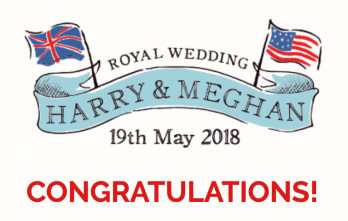 {Side note: We saw the harpist who played at the royal wedding a year ago at a Bach to Baby concert at Buckingham Palace.}