That’s right, last autumn Her Maj had us round for a tour of Buckingham Palace and Windsor Castle. Well, she didn’t exactly lead us around herself, but still.

When the queen goes to Balmoral Castle, her holiday house in Scotland, from the end of July through September, she opens the State Rooms of Buckingham Palace for touring. We went on the last day it was open, October 1, along with my parents. 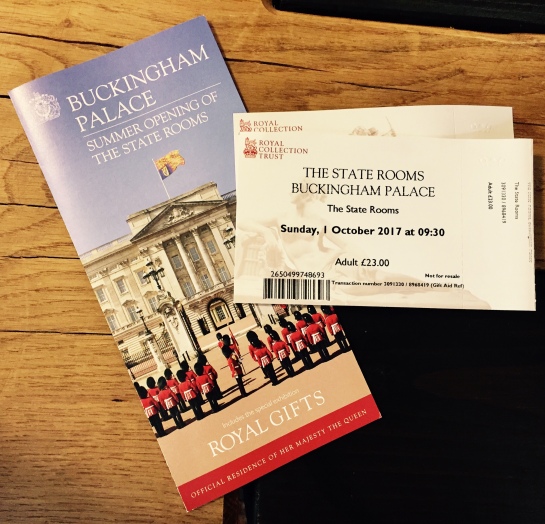 Photos aren’t allowed inside, so I can’t give you a glimpse of just how incredibly grand Buckingham Palace is, but suffice it to say it makes Highclere Castle look like a student apartment over someone’s garage, furnished with second-hand Ikea rubbish. 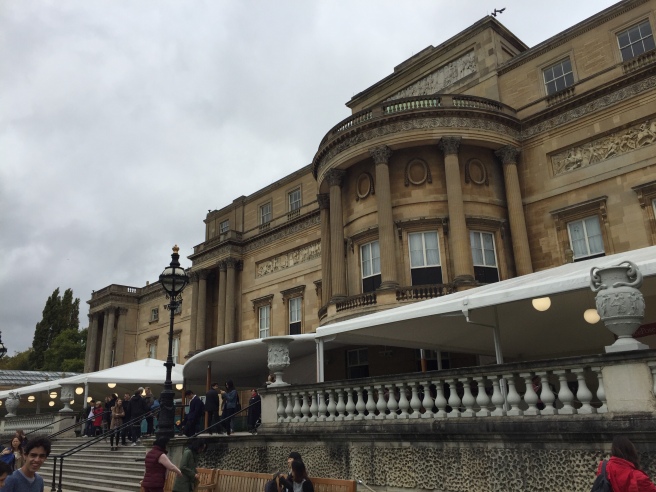 The ballrooms are particularly magnificent. You can also see the throne room, some of the royal art collection, and the royal gifts collection—objects presented to the queen from heads of state around the world.

There’s a “multimedia” (mainly audio) guide, which is quite good, and at the end there’s a “family pavilion” tent set up with fun stuff for kids—activities, dress-up, and more.

Also fun for my parents.

Then you can walk around the grounds a bit (in a carefully designated on-this-path-only sort of loop), which leads you right past the royal ice cream stand. 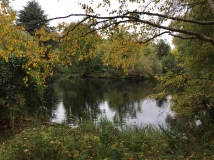 If you’re in London during the time the queen is on her summer holiday in Scotland, I definitely recommend touring the palace’s State Rooms.

When we went to Windsor Castle a couple of weeks later, the Royal Standard flag was flying, indicating that the queen was in residence.

“Stop licking the queen’s window, she might see you!” is something I never thought I’d say. But now I have. And it’s a wonder we didn’t receive an invitation to Christmas at Sandringham House. 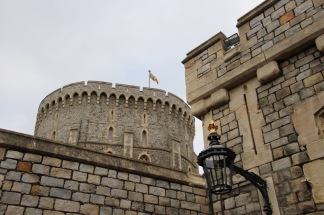 We toured the state apartments at Windsor, but St George’s Chapel was closed to touring because it was Sunday.

We also saw Queen Mary’s dolls’ house, a perfect replica in miniature of an aristocratic home, designed for Queen Mary in 1923. 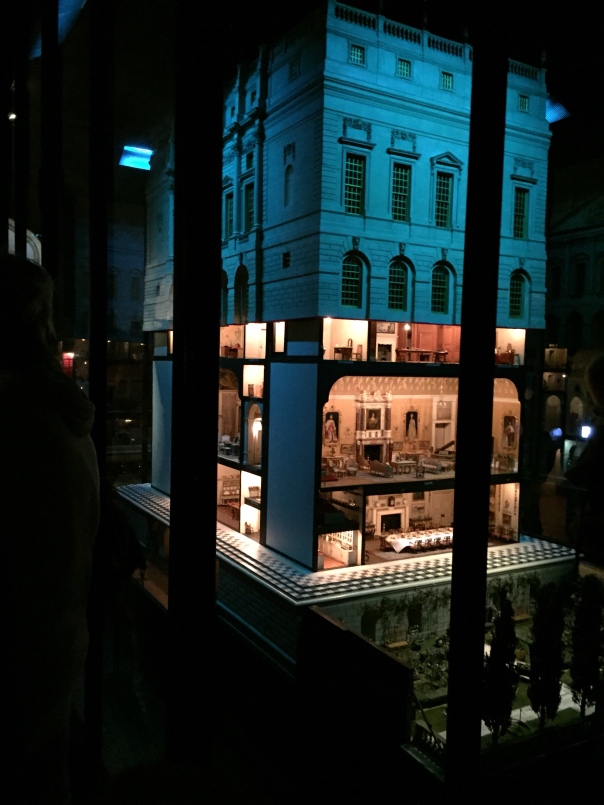 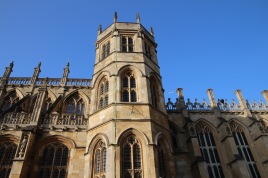 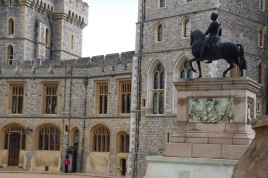 The area you tour is fairly stroller/buggy-friendly, except for going to see the dolls’ house. Tip: When you’re ready to see the doll’s house, walk past the queue for the dolls’ house to go check your buggy, and then you get to skip the queue and go right in (but you do have to carry your buggy up some stairs first, to where the buggy check is, so keep that in mind).

We also wandered around the towns of Windsor and Eton, which are quite quaint (except for the tourists, of course; we’re the worst). 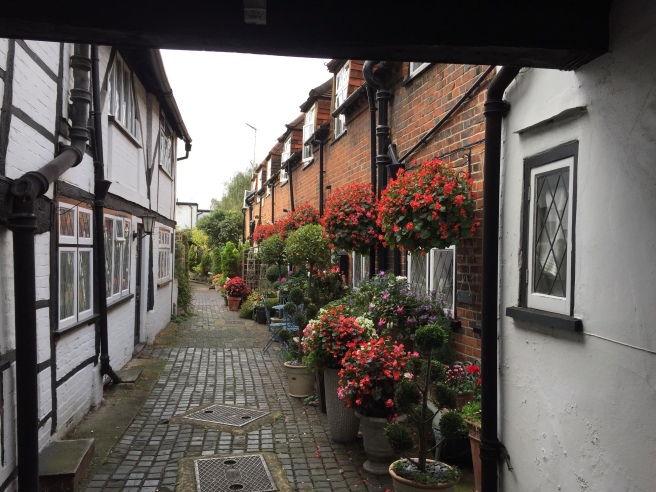 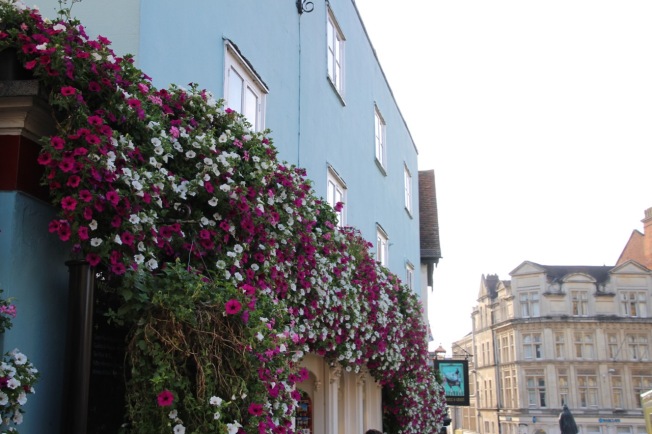