{My Anecdotes are posts in which I comment on my observations of unexpected cultural differences, or just amusing incidents that don’t really warrant their own individual blog post. Read a past Anecdotes post here.}

1. This is the difference between American and English peanut butter:

2. My friend’s child whined, “Mummy, the sun is in my eyes!” and she immediately replied, “We do not complain about the sun, darling.”

3. We went to my friend’s daughter’s birthday party last week, and my friend texted me this earlier that day:

I had NO clue WHAT that is or WHY.

When I asked her what it was, she sent me this: 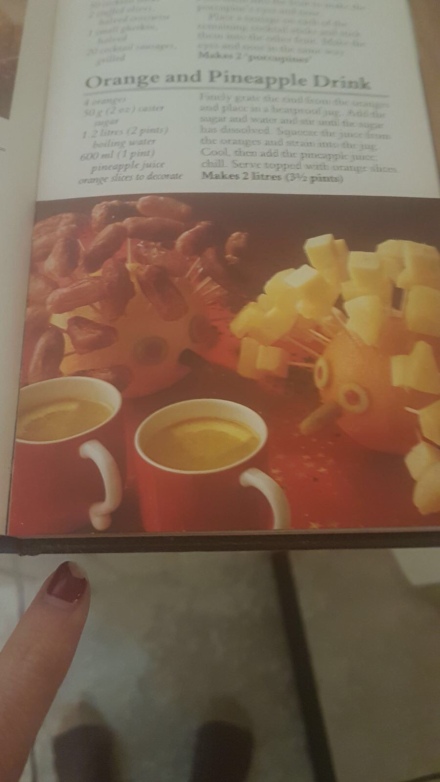 Yeah, that’s not clarifying anything.

At the party, I asked to see the cookbook. This was it:

And this is the page she’d tried to send me a snap of earlier: 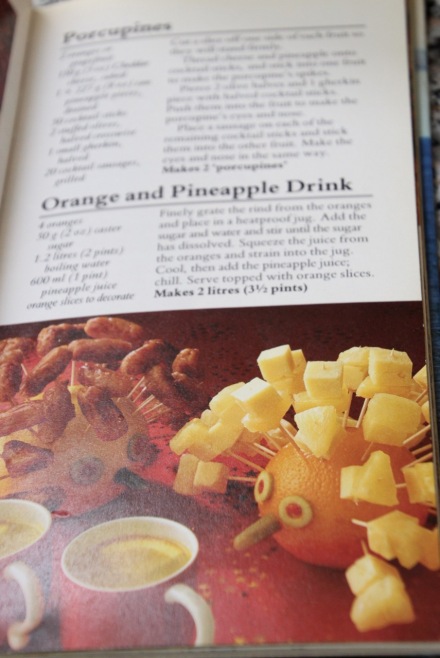 Oh, they’re supposed to be porcupines. Yeah, you know, I still don’t get it. The party theme was Paddington Bear tea party.

I heard another English mum say to her, “How retro!” like maybe she recognised these from her childhood? The ’70s were a weird era, man.

Anyone fancy a gherkin?

4. And some more notes about children’s birthday parties here in London:

They’re often at a venue the parent has rented out, simply because the houses here are small, and it’s a gamble with the weather to have it outside in a park. If the venue is simply a room (as opposed to a soft-play place or other party venue that has a built-in activity for the kids), the parents will hire some sort of party entertainer, like a kids’ musician, magician, face painter, or person who leads the kids in party games.

There are usually party games, such as Musical Statues, and the children’s favourite is Pass the Parcel. A small toy is wrapped like a present, and then a “sweetie” (piece of candy) is put on top, and then another layer of gift wrap, and then another sweet, and another layer of gift wrap, and on and on until there are enough layers for each child to get something. The parcel gets passed around from child to child sitting in a circle while the adult plays music. Every time the music stops, the child holding the parcel gets to unwrap a layer and get what’s inside. The child holding it at the end gets the gift in the centre. 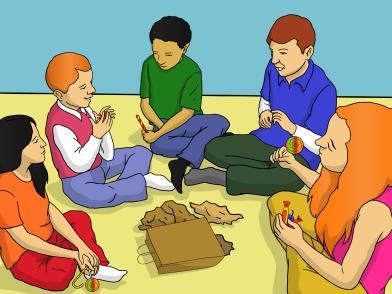 There’s often a “disco” portion, which is British-English for dance party.

The party food is typically pizza or sandwiches, and packets of Pom Bear crisps (a gateway drug to potato chips). The sandwiches are always cheese and ham.

After everyone sings the “Happy Birthday” song, there’s three rounds of someone saying “Hip hip!” and everyone shouting “Hooray!”

I’ve read that it’s common here for the kids to not eat the cake at the party, but to be given a slice in a napkin to take home along with their party favour bag, but that hasn’t been our experience. Though I will say I’ve never seen the kids receive forks with their cake; they just eat their slice with their fingers.

“Fancy dress” (coming in a costume) is always acceptable, and often encouraged, at a child’s birthday party. As in America, there are lots of superheroes and princesses; head-scratchingly, there always seems to be one English kid who dresses up as Santa, no matter the time of year.

5. I took R to a story-and-song session recently, and the person leading it sang “heads shoulders knees and toes” as “eggs soldiers beans on toast,” which may just be the most English thing I’ve ever heard.

6. I took R to one of the stay-and-play-cafe hotspots here in Nappy Valley this morning, where they have a play room for toddlers and plenty of espresso-based options for mums. I’ve done baby music classes and mum-and-baby pilates classes here before, and it is also where, local-mums-rumour has it, Princess Charlotte takes ballet classes.

As I was standing out front, waiting for my friend to arrive, a man walked up and just started peeing. Right next to me, on the bricks, where all the mums will push their prams through it. I can only imagine that once the duchess reads this, she will no longer allow her little princess to practice her pliés here. (Hi Kate! Thanks for being such a loyal reader! See you at Meg’s hen do xx)

7. This is an ad in Baby London magazine: 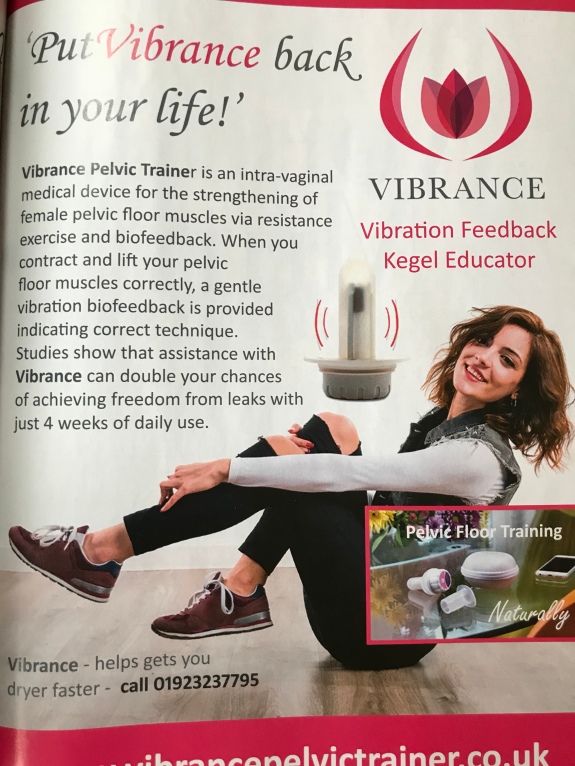 Every single pilates and yoga class I’ve tried in London has included something about exercising the pelvic floor; I have no idea why everyone here is so obsessed with it. But this takes things to another level. (Another floor, if you will?)

I just can’t stop wondering if that woman knew at the time of the photo shoot what she was modeling for. Or if she found out after the ad came out, like Joey: 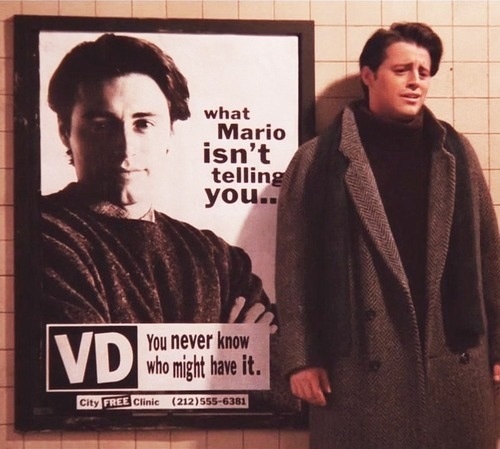 She certainly does look like she’s in the throes of some good vibrations.