On our final day in Marrakech, we enjoyed our last fantastic breakfast at our riad, now that our stomachs were nice and stretched out from the previous night’s street food tour, and then we headed over to the Jardin Majorelle.

We aimed to get there right when it opened, and that was a good call because it does get quite crowded with tour and school groups. The garden is much more idyllic before the hordes descend with their selfie sticks.

French painter Jacques Majorelle fell in love with Marrakech, and moved here in 1923, purchasing a vast palm grove. In 1931, he commissioned an architect to build him an artist’s studio in Art Deco style, and paint it “Majorelle Blue.”

Around the studio, he designed a garden, a living work of art, composed of exotic plants and rare species collected during his world travels. Majorelle spent years creating this lush oasis in the “ochre city.” 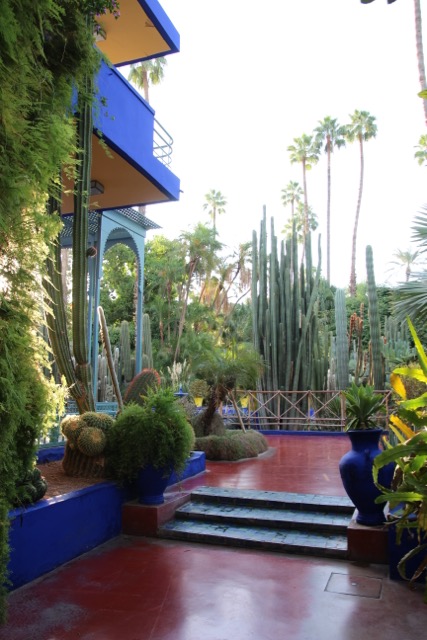 It was rescued in 1980 by Pierre Bargé and Yves Saint Laurent (the famous fashion designer). They restored it and opened a museum dedicated to Berber culture inside the painter’s studio. Right before our trip, a museum dedicated to YSL opened next door (but we didn’t have time to do that as well).

The colours and textures in the garden are so bright and exciting, especially after spending a few days surrounded by the earthy hues of the medina.

We enjoyed the Berber museum as well, before it was time to go collect our things and head to the airport.

A few more photos from the beautiful garden: 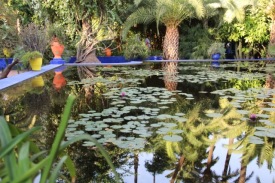 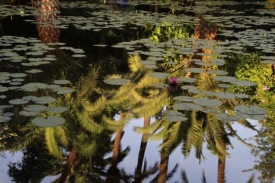 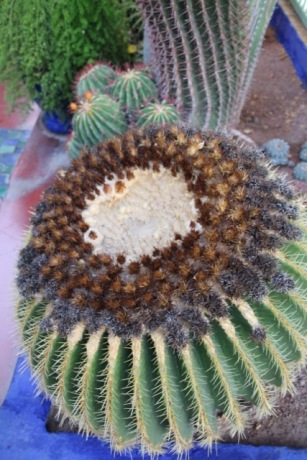 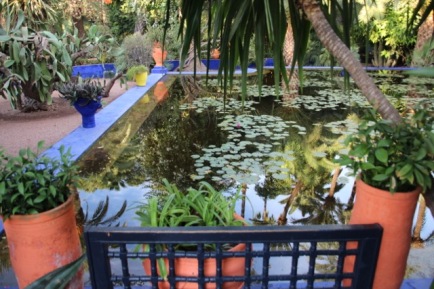 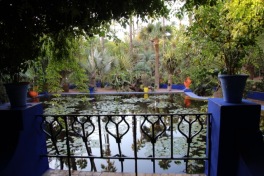 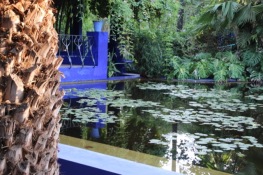 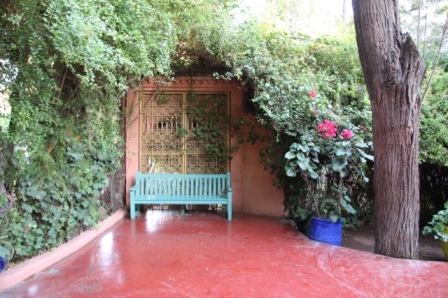 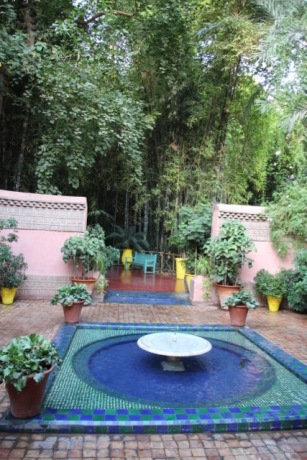 We loved Marrakech, and would love to go back. Next time I’d like to venture out of the city and into the desert, too.

I cannot say enough good things about the Riad al Massarah. In addition to the great accommodations, the food was fabulous, the rooftop deck was serene, and the service was above and beyond anything I’ve experienced at a hotel or guest house before. Plus, they get high marks for their commitment to the environment and the local people.

I’m so glad we stayed in a riad in the medina, the old walled city, and not at a resort somewhere. The medina feels genuinely traditional. You won’t find modern chain shops and restaurants here. There’s no Starbucks, or Subway, or Gap ruining the authenticity of the old city. Let go of the familiarity of the outside world, drink some mint tea, and enjoy the break. There’s a Starbucks waiting for you in the Marrakech airport.