We started our Sunday by watching the snow fall outside our London windows, which was a first for us. E was SUPER excited. Seems she’s already forgotten how much snow she’s seen in past winters in Baltimore. “Look at how many snows are on the cars!” 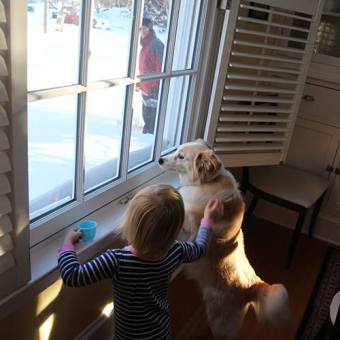 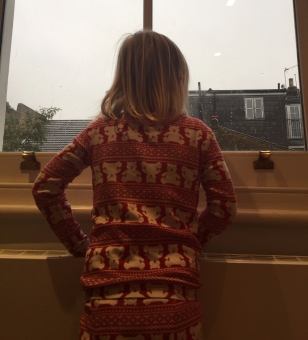 Well, because this is London, that wasn’t actually many snows, so we had no trouble getting to the New Wimbledon Theatre last night. 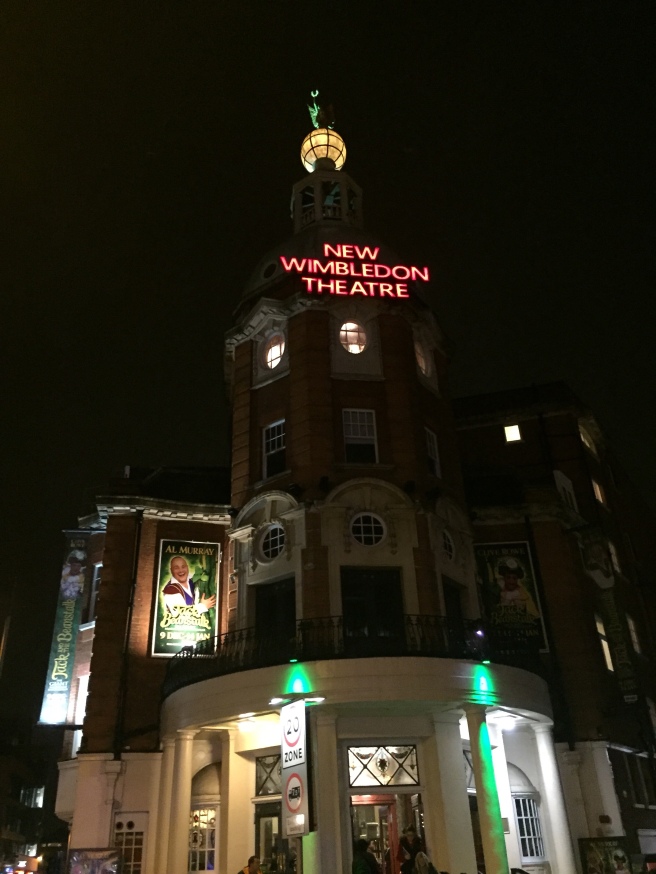 One very British Christmastime tradition is taking the family to see a “panto,” short for “pantomime,” which is an over-the-top-cheesy stage production of a classic story, e.g., Cinderella, Peter Pan, or, for our choice, Jack and the Beanstalk. A lot of them star fairly well known British actors or comedians, and this one featured Al Murray and Clive Rowe. M and I had never heard of either of them, but according to the internets, they seem marginally famous. 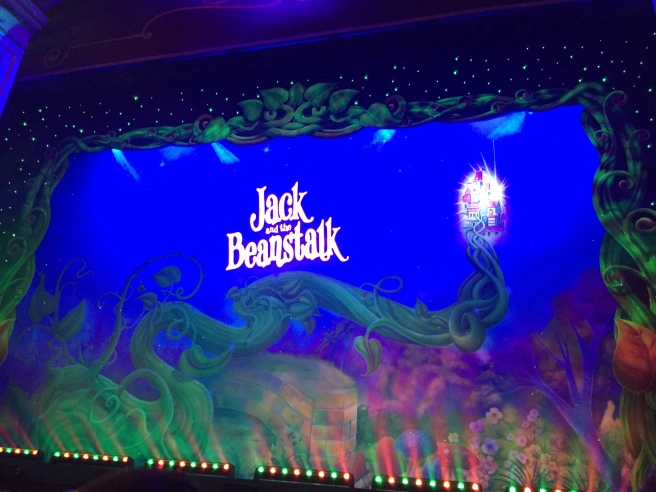 The panto format is pretty ridiculous. There’s no fourth wall and a lot of audience participation (to M’s chagrin). Whenever the villain appears on stage, the audience boos loudly. There’s a lot of yelling things like “He’s behind you!”, and the actors and audience yelling back and forth at each other: “Yes it is!” “No it isn’t!” “Yes it is!”

There’s clapping and singing along, and several people are chosen to stand up and do something, or even (M shudders) are brought up on stage. There’s a lot of British humour and pop culture references throughout.

There are musical numbers and bright, glittery costumes and really punny jokes eliciting groans from the audience and “badum-tss” from the orchestra pit. There’s also a fair amount of crude humour meant to go over the kids’ heads (I hope it does).

I got us seats right in the middle of the third row of the stalls, which, in hindsight, was stupid, because we very easily could have been made to participate. I’m lucky M didn’t get singled out last night, because I think that I would have been single today. 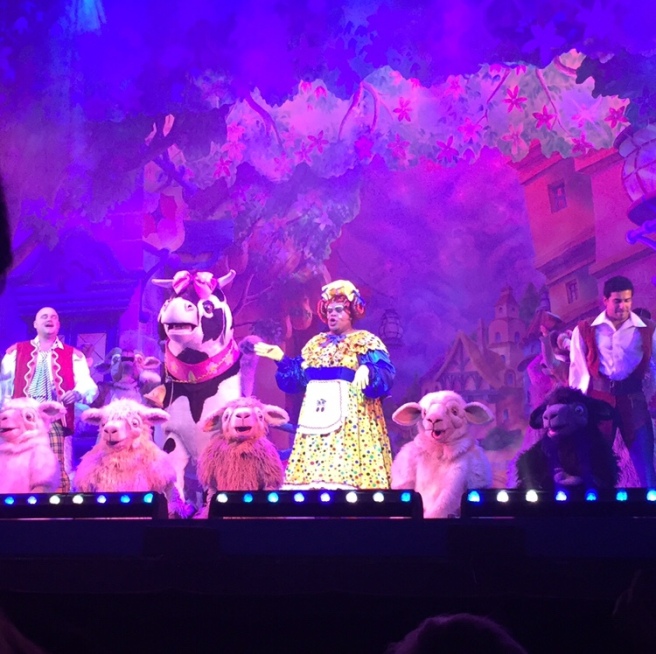 The production value was much higher than I expected. This wasn’t community theatre. The set, special effects, costumes, and quality of the actors/singers/dancers was actually good. In the second act, when they go up the beanstalk to the giant’s castle, we were told to put on our 3D glasses, and the background of the set was a screen with 3D animation. There were lots of shrieks from the audience as things appeared to jump right out of the set at us.

E got a bit scared at that point, and quickly took off her glasses, but otherwise she enjoyed it. She told me today her favourite part was how every time Jack’s mother (Clive Rowe) came out and yelled “Coooey!” we were all supposed to yell “Coooey!” back to her. Then I had to show her photos of the actor online to prove to her that he was actually a man, because she didn’t believe me.

R enjoyed the musical numbers, mooing at the cow, and also all the snacks I continually fed her to get her to stay in one place for two hours. I was wishing I’d brought the noise-blocker headphones I’d bought for her before Bonfire Night, though, as it was all quite loud.

At the end, they gave shoutouts to all the individuals in the audience who were celebrating their birthdays, and we all sang “Happy Birthday” together. It was all just silly, ridiculous fun. 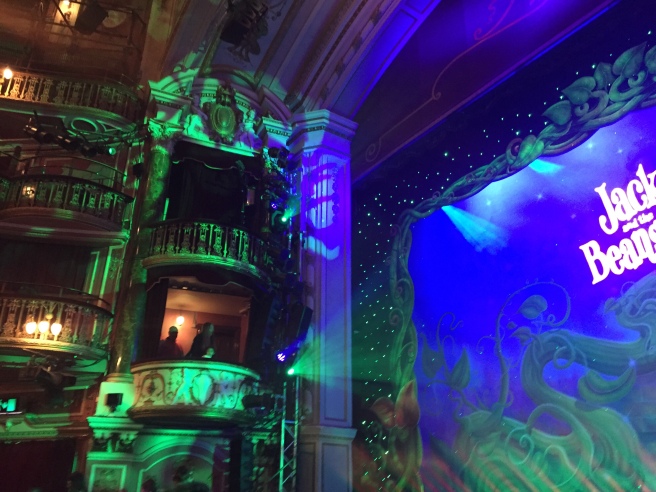 The actress who played the good fairy-type character (she was called the “Spirit of the Beans,” which really just sounds like a euphemism for gas) joined us on the train platform heading back to Clapham Junction. She was met a minute later by the evil villain (who was called “FleshCreep”; I considered giving him a big BOOOOO but decided I’d refrain from embarrassing my family), and they boarded our same train car together. E seemed intrigued to see them as normal people just riding the train in their regular clothes.

And so continues our month of giant Christmas fe-fi-fo-fun! (That pun would fit right in at a panto, honest.)