It’s the fifth of November, and last night was Bonfire Night 2017. We went to Battersea Park for the bonfire and fireworks, which was the best fireworks display we’ve ever seen in person. 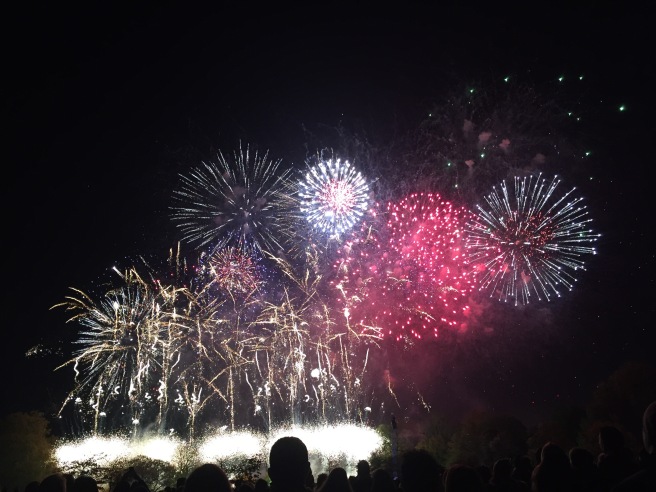 Bonfire Night in the UK is a little like the Fourth of July celebrations in America, with a very different historical background. If you’d like a quick summary on that, this article covers the basics.

Or you could ask my 4-year-old, who will recite the nursery rhyme: “Remember, remember the fifth of November, gunpowder, treason, and plot,” and will tell you something along the lines of: “Guy Fawkes tried to blow up the houses of Parliament with gunpowder and kill the king, and the good guys stopped him. He’s dead now.” So there you have it. 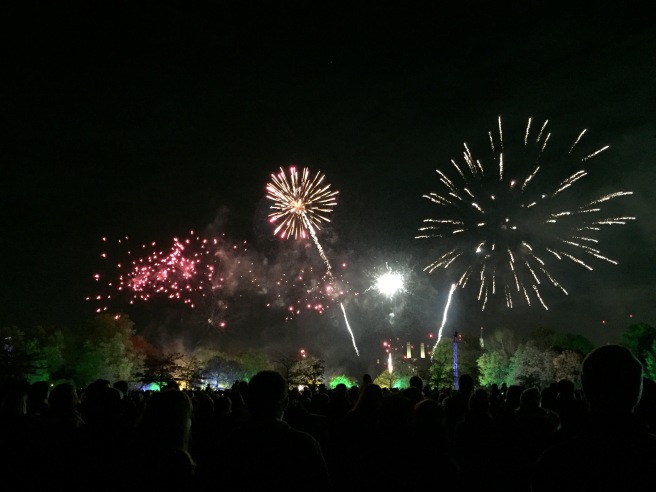 There are fireworks displays all over London, but we’d heard the Battersea Park one is really good, and it’s not far from us. We could actually see some of them from our top floor last year, when we were barely home from the hospital with Baby R.

M’s parents are here right now, so they were able to join us for our first Bonfire Night celebration, and some friends of ours who have children the same age came along with us, too. My friend Tomoko and I wore the babies in our Ergos, and bought some baby ear-protecting headphones to pop on them during the fireworks.

We bought our tickets in advance, and pushed onto a very crowded bus with lots of other people headed to the same place. There were food and drink stalls set up in the park, and ​vendors selling various light-up toys for people to wave around in the dark. We enjoyed some drinks and pre-fireworks entertainment:

Then they lit the bonfire: 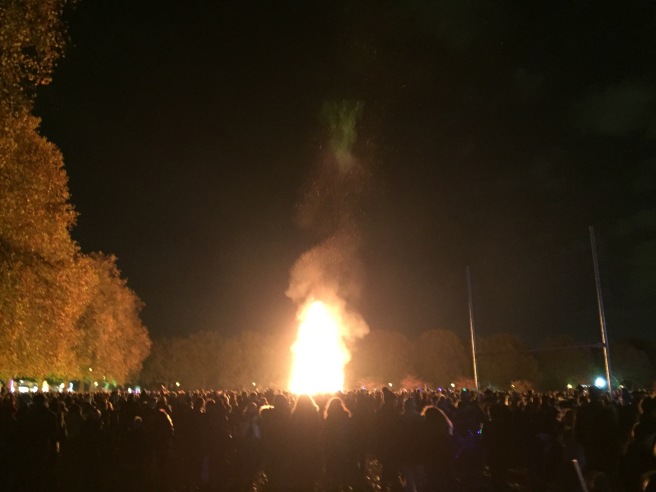 And then the main event, a 25-minute fireworks show choreographed to music.​ 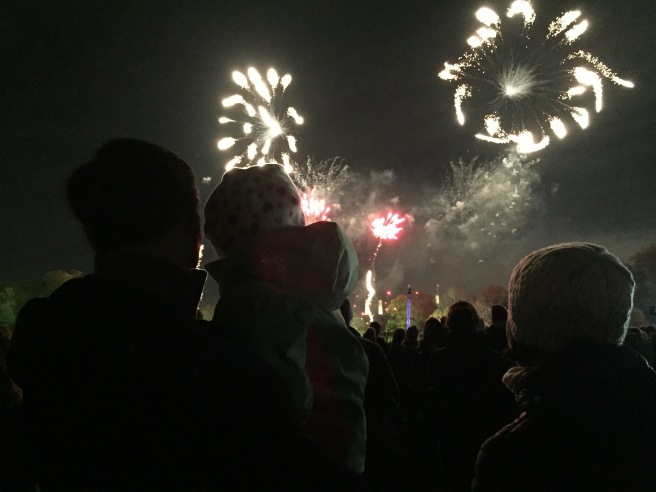 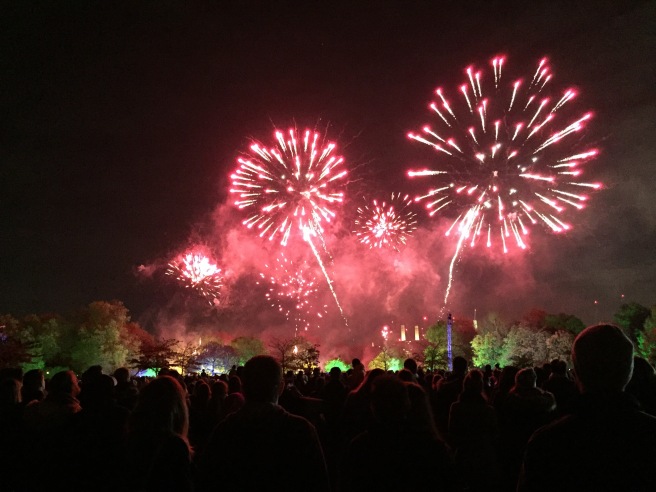 Tonight we watched the first episode of the BBC period drama “Gunpowder,” which is a three-part series (starring Kit Harington) depicting what happened back in 1605 that led to the annual festivities. It was a bit gory at times (man, they were brutal back then), but interesting, and definitely helpful in understanding what the treason and plot were all about.