I’m feeling a little homesick on the eve of America’s birthday, I must admit. I opened up my Instagram feed and saw picture after picture of American summer activities, as people are spending their holiday weekend at the beach or pool, having a BBQ with friends, watching fireworks and waving sparklers, eating corn on the cob and slices of watermelon, roasting marshmallows for s’mores, or drinking beer at a baseball game.

M has the Orioles game on right now (we pay a premium to get the games, though most of the time they are on too late at night for him to watch), and the familiarity of the announcer’s voice in the background is soothing me. (I don’t think the score is soothing M, however.) Speaking of comforting, tonight I made chicken noodle soup for dinner. In JULY. There is something wrong with that. (But I needed to free up some freezer space, so out came the chicken stock, and it’s only 69 degrees out, so it didn’t seem unappetizing.) We tried to eat watermelon here recently, but it was pretty bad.

British summertime traditions are fun, too, they’re just different. You’ve got picnicking, Ascot, music festivals, and Wimbledon… Pimm’s and lemonade, strawberries and cream (and the British strawberries are fab right now), and lingering evening light for sitting out in the garden or after-dinner playtime on the common. (Sans mosquitoes and humidity!)

For tomorrow night, since our invitation to the U.S. Embassy’s Fourth of July party obviously must have gotten lost in the mail, we’ve made plans with a neighbor family, of which the wife/mum is originally from Virginia, to get together to grill some burgers in honor of the day. I picked up what American craft beers I could find at Waitrose today (Lagunitas, Sierra Nevada, Goose, and Brooklyn—not too bad), and made the flag cake I make every year, though I had to measure the butter in grams, and hope that “soft cheese” is the same as cream cheese. I made a mental note to buy fireworks around Guy Fawkes Day in November to save for next July, because you can’t buy them anywhere right now.

So keep posting those pics, your little windows into Americana, and I will be living vicariously through you. There’s just nothing quite like American summertime, especially this week.

Update from the Fourth of July: It was kind of sad to not see any fireworks (though not for the dog), but we did have beer, burgers, and flag cake! 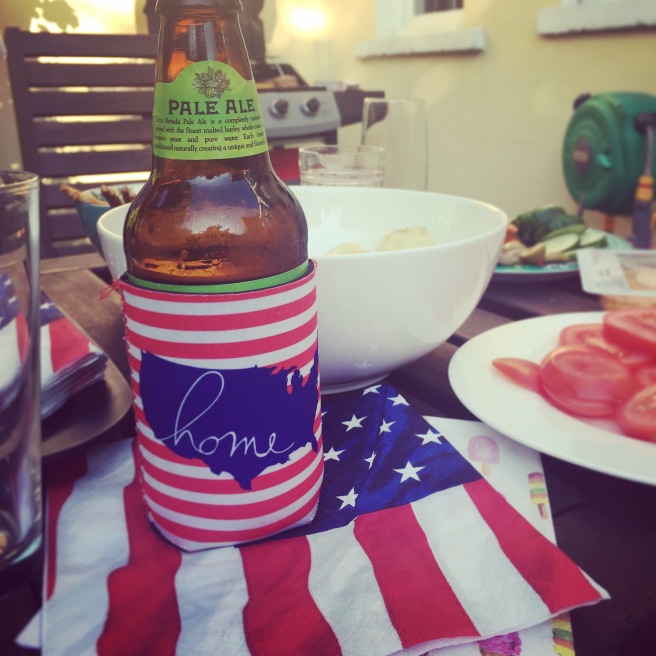 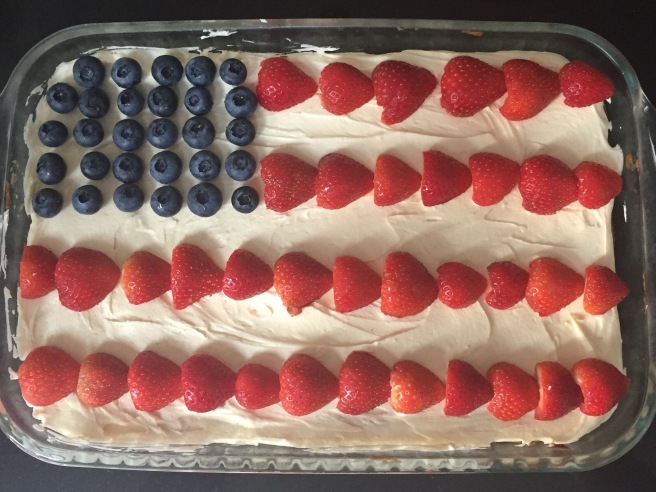