“Bloody hell,” wheezed the woman next to me, the other mother of a 10-week-old baby and first-timer at Buggybells. My thoughts exactly, though a somewhat more British version of them.

Our trainer, Stevie, had just called out “almost halfway there!” but it had already felt like we’d done a thousand reps. His phone blared out gangsta rap, shouting f-bombs and n-words, as he jiggled two baby buggies, one with each hand, to try to get the babies to stop crying. Maybe they just don’t like gangsta rap so much? But probably it was the cold wind blowing across Wandsworth Common. 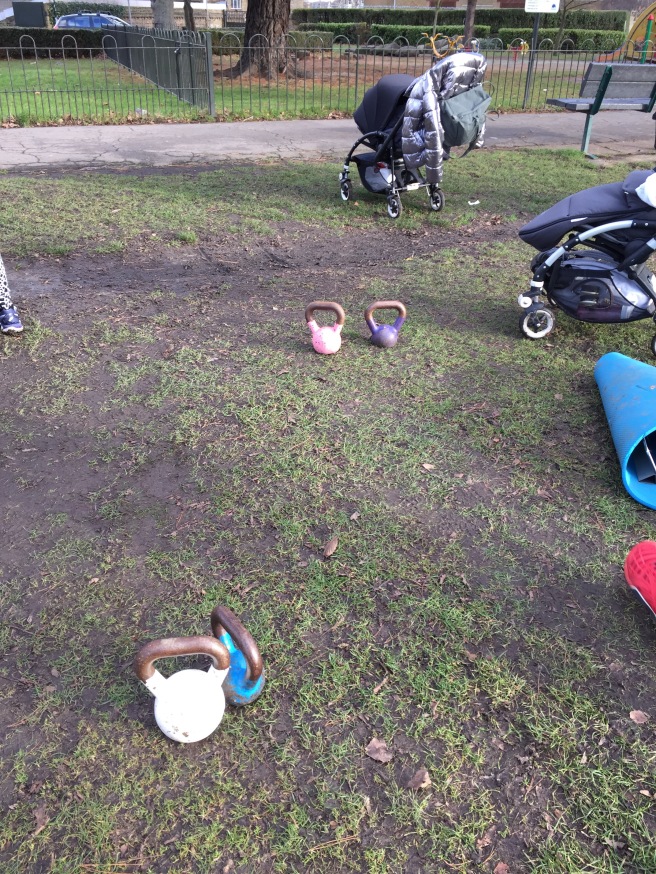 I was in a line of women, our shoes squelching in the mud, swinging kettlebells in an effort to shed the baby weight (slash holiday season weight slash pastries from the French cafe weight) clinging to my frame.

I’ve been doing a lot of research on gym and workout class options that allow me to bring along Baby R while I work out. In Nappy Valley, one would think there would be a drop-in child-minding service at every gym. Alas, I can’t find a one. I have, however, found a lot of classes that allow women with young babies to bring them along. Mum and baby yoga, post-natal pilates, and “buggyfit” classes out on the commons all seem to be really popular, and I’ve even found one class in which you wear your baby in a carrier and dance (“Carry Me Fit”—I’m picturing doing Zumba in an Ergo, which is even more ridiculous than I look when I do regular Zumba). I’m working my way through the classes, doing free trials, to see which ones I like best.

After getting halfway across the common this morning only to discover they’d closed the footbridge for a month for refurbishment, and then having to walk way far out of the way and around to get to the meeting place, I’d already walked about 40 minutes pushing R in the buggy by the time I got to the Buggybells class. Then I suffered through the hour-long difficult workout in the cold wind and mud. After class ended, several of the ladies went to the cafe right there for coffee, and asked me to join them. I was grateful for a place to warm up and rest my burning, jellied legs and feed my baby before attempting to find another way home. They were all really nice, so it’s a shame I probably won’t be going back to this particular class (one of the most expensive class options I’ve found, plus now there’s this problem of the footbridge being closed for a month, making it hard to get to). “See you Friday!” they all said when we left. Right… 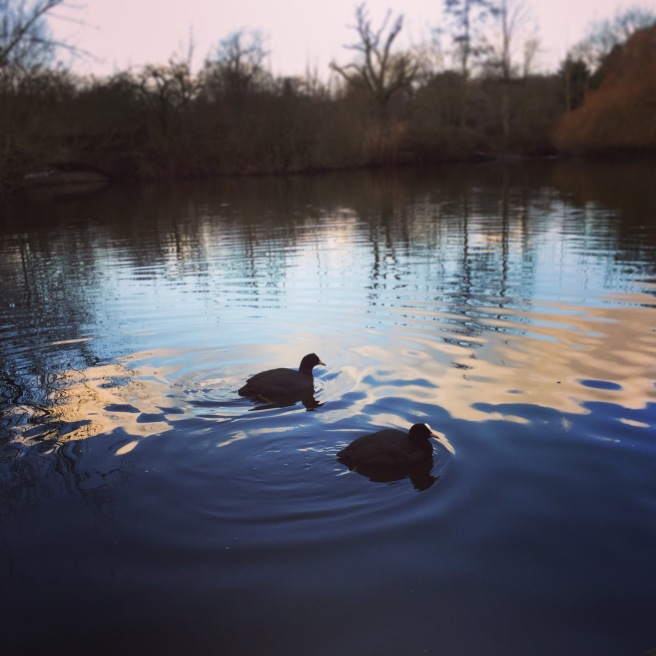 I decided I was too tired to walk all the way back the way I’d come, around the bridge detour, so I found a place to catch a bus, if I walked in the other direction across the common. After walking to the stop and waiting for the bus, it finally arrived but there were already two buggies on it, so I wasn’t allowed to get on. The next bus wasn’t due for another 21 minutes. Ugh. And now I was even farther away from home. So even though it felt a bit pathetic taking an Uber home from a workout, I had already hit 10,000 steps on my Fitbit by then… and it was awfully cold…

Carry Me Fit doesn’t sound quite as silly now, especially since it’s indoors and only 45 minutes long. Time to bust out the Ergo and bust a move with baby on my bust. If I can even walk tomorrow.