Last Sunday, M and one of his coworkers participated in a charity bicycle ride that went from London all the way to Brighton, the seaside town south of here. So we wives took the kids down there to meet them at the end of their ride.

Getting there and back turned out to be not so easy. In addition to scheduled maintenance work on the rail lines, there was a strike that day (because, Europe). It took us three trains to get to Brighton, and we still weren’t anywhere near the bike ride’s finish line. By the time we got there, our girls really needed to eat some lunch, so we had to do that before we could do anything else. Unfortunately, we never did make it to the finish line, and made the weary riders come to us.

After that, we had a nice afternoon at the seaside. It was really, really windy there, but sunny, and we walked along the pebbled beach and out on the Brighton Pier. The Brighton Pier is pretty much like any tacky beach boardwalk in America: rides, arcade games, and junk food to spend your money on. It’s a pretty, historic building, though! 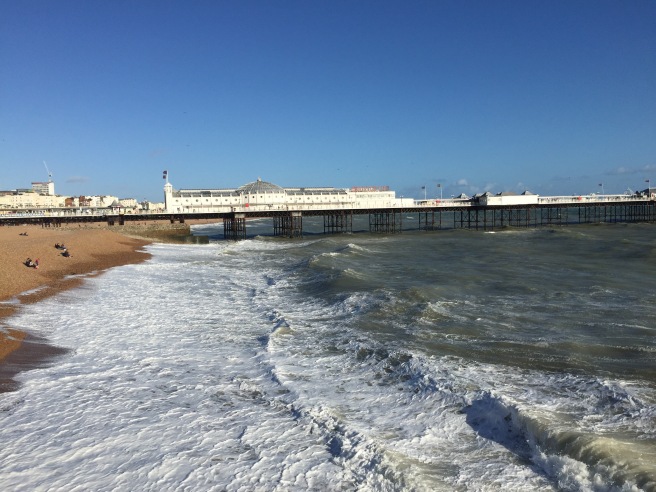 E had such a blast going on the fair rides. It was great fun just watching her having such a good time. I think she’s going to be a rollercoaster lover like her mama.

We didn’t do much on the actual beach, because it was rocky instead of sandy, and too chilly to go in the water, and so windy. But we had a lovely afternoon overall. 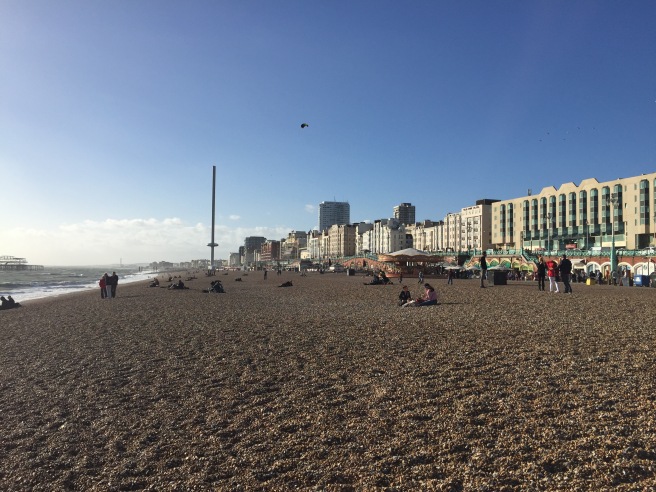 We walked through the town on our way back to the train station, and saw the Royal Pavilion, which was built as a seaside pleasure palace for King George IV. 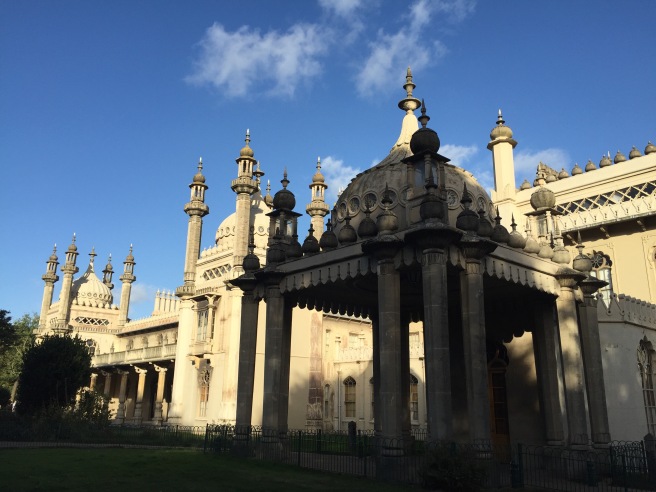 Getting home proved to be even trickier than getting to Brighton. So many trains had been canceled because of the strike, including our train, so we had to scramble to figure out a new route, and then we were on a packed train with all the other displaced passengers crammed in there. We made it to our next train, but then our third one was canceled and it had gotten late and we really needed to get home to let the dog out and so M could pick up his bicycle (it had been transferred back to London), so we tried to get an Uber from the train station we were stuck at, which of course was impossible because so many other people were using Uber, too. We finally got one, at 1.7 times the fare (thanks, surge pricing), and made it home with a very tired little girl.