Our temporary flat is in the part of the city called, well, The City. It’s London’s busy business district, and mostly people come here to work and live in other areas. So all the shops and restaurants and so forth are geared toward 9-to-5ers, not families with young kids and dogs. It’s primarily coffee shops, lunch joints, and some shops that close by end of business day. Practically nothing at all was open on Sunday, except for Starbucks. (There’s that American business ethic, good on ya, Starbucks!)

I’ve had to do some research to find places to take E to play during the day. The closest playground is a 17-minute walk from here across London Bridge (pass your 14th Pret a Manger, turn right at the 12th Starbucks), and we’ve been there twice this week. They don’t allow dogs there, but I’ve brought Wren anyway because it’s got one of the few patches of grass I can find for her. Around 9 a.m. and again at 5 p.m., our street and the connecting ones are just a sea of people all walking to and from their offices. We step out of our apartment building—sandwiched between a coffee shop and a lunch place—and try to merge our wide load of stroller + dog + pregnant lady into the mass amoeba. (Psst, Americans are all at their desks well before 9 a.m., EUROPE.)

As we let the crowd carry us across London Bridge this morning, a street performer said to our dog, “You’re the only one who’s got a smile on ‘is face.” If I even could have stopped, I could have said, “That’s a look of sheer terror,” but alas, we were carried along. 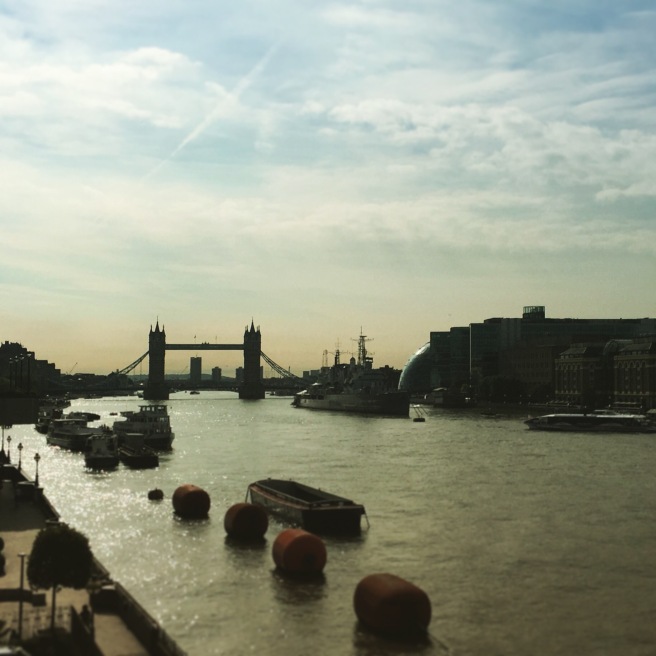 She got her reward on our return trip, when we wandered through Borough Market and I surreptitiously slipped her every cheese and sausage sample I could find. 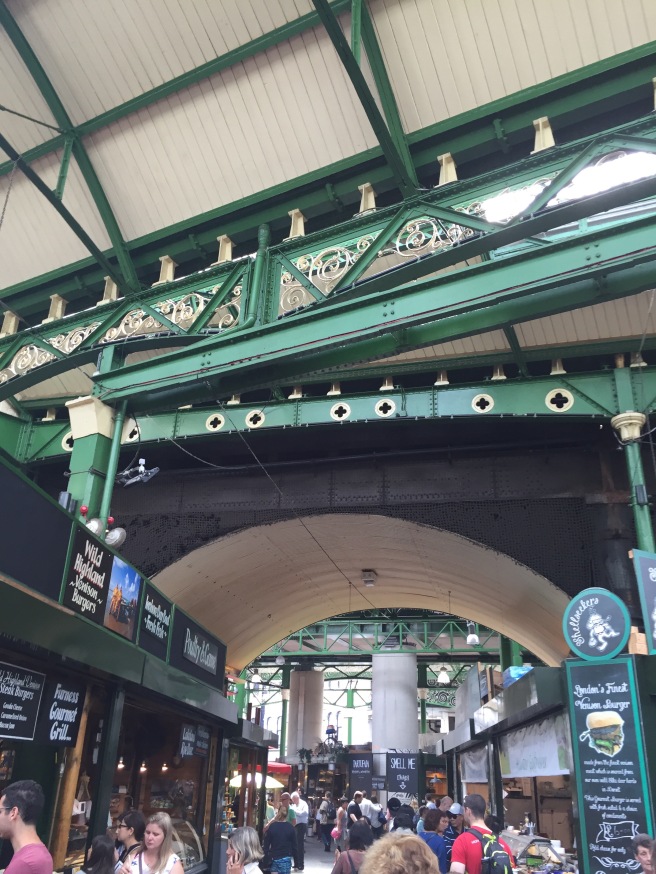 We’ve also taken the tube to other parts of the city for 3-year-old entertainment, returning to some places that were a hit when we were here last month. The Princess Diana Memorial Playground in Kensington Gardens is the crème de la crème of playgrounds, and the Science Museum is E’s favorite place to go in London (she has now been four times), and both are free. However, I didn’t count on this now being school holidays for British kids, as well as peak tourist season. So those places were much, much more crowded than they were just a few weeks ago.

Fortunately, there are plenty of options for kid play, you just have to do a little research in advance and plan to make a good half-day of it. Most of the time you need to allow at least half an hour for transit to get anywhere. M and I have been using the CityMapper app, which we highly recommend for figuring out how to get around.